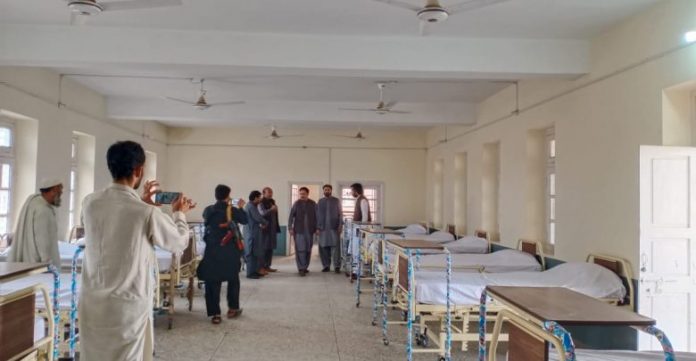 PESHAWAR: As many as 23 more coronavirus cases were confirmed in Khyber Pakhtunkhwa on Wednesday after which the tally in the province mounted to 276.

Two deaths were also reported during the last 24 hours and now the death toll in KP stands at eight. The latest deaths were reported form Bannu and Nowshera.

Meanwhile, 27 more people who had been infected by the virus have now recovered. The total number of people who have recovered from the virus in the province stands at 29.

“Good news from KP. We have 8 recoveries from DI Khan quarantine camp for Zaireen. Total recoveries in province at 10 now. 117 Zaireen in Gomal camp will also be released tomorrow. Quarantine on 190 people in Peshawar after a death was reported in Safaid Deri will also be lifted,” said a tweet of the KP Health Department.

Eight people have also recovered from the disease in Mardan.

The KP government granted pet stores and animal feed stores exemption from the lockdown imposed in the province to contain the spread of the coronavirus. This decision of the provincial government was hailed by the people.

The number of confirmed COVID-19 cases in Pakistan rose to 2,245 on Wednesday after new infections were confirmed in all parts of the country, while the death toll stands at 30.

Punjab is the most affected province with 845 cases, followed by Sindh with 709 cases, Khyber Pakhtunkhwa with 276 cases, Gilgit-Baltistan with 184 cases, Balochistan 164 cases, Islamabad Capital Territory 58 cases and Azad Jammu and Kashmir nine cases.

So far, 30 deaths have been reported from the disease in Pakistan. Punjab reported 10 deaths, Sindh reported nine deaths, while Khyber Pakhtunkhwa reported eight, Gilgit-Baltistan reported two deaths, while Balochistan has so far reported one death.