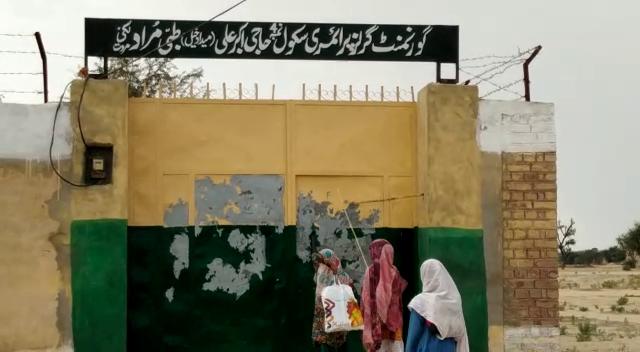 LAKKI MARWAT: Despite tall claims by the Khyber Pakhtunkhwa government about reforming Education sector, a little progress has been made in regard to curbing corporal punishment in government run schools in the province.

A female teacher of Tabbi Murad Girls Primary School in Lakki Marwat has allegedly cancelled admission of three girls of the school when they registered a complaint against her for being absent from the school.

A week earlier, Parents of three students of Tabbi Murad Girls Primary School identified as Ayesha, Areesha and Saira had complained to the district naib nazim Arif Khan through a written application about prolong absentees of school teacher Samina.

However taking revenge of the complainants, Samina allegedly beat the three students which falls under ‘corporal punishment’ category and she also cancelled the admission sending leaving certificates of the three students to their parents.

“I am a student of fifth grade in Tabbi Murad Girls Primary School,” Areesha told Tribal News Network. She said that Miss Samina was never available in the class and she used to beat students including her. “Consequently, I and my two friends informed our parents about the teacher’s behavior and that she is never present in the class.Our parents wrote an application to the monitoring cell after which Miss Samina brutally beat us.”

The parents then requested the district naib nazim Arif Khan to take stern action against the teacher and enroll their girls in another school as they fear their studies will be badly affected under the supervision of the said teacher.

On the appeal of the parents, the district nazim Advocate Iqbal Hussain and naib nazim Arif Khan had notified the female district education officer of Lakki Marwat to probe into this matter and take action against the teacher for punishing the girls.

It is pertinent to note that earlier this month, the Khyber Pakhtunkhwa cabinet had approved the draft law to curb the practice of corporal punishments at schools.

The draft envisaged six-month imprisonment or Rs.50,000 fine for teachers who involved in such practices.

In March, the Khyber Pakhtunkhwa Eleentary and Secondary Education (KPESC) had established a toll free helpline and requested the parents and students to report corporal punishments at schools.