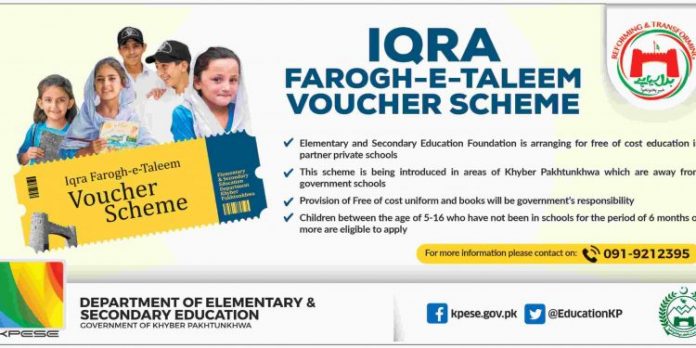 PESHAWAR: A corruption scandal has surfaced in Iqra Education Voucher Scheme of the Khyber Pakhtunkhwa government after which the managing director of the scheme has been sacked.

The provincial inspection team has sent a questionnaire to the Education Department about the scam. The KP government had released funds of over Rs20 million to 30 schools in five districts under the scheme aimed at bringing out of school children to schools. Now it has been revealed that funds of Rs19,448,162 have been embezzled in the scheme.

Adviser to KP Chief Minister on Education Ziaullah Bangash said Managing Director of the scheme, Zulfikar Ahmed has been sacked from his job as an immediate measure. He said further decisions about the matter will be taken after submission of the inquiry report in the board of governors meeting on 19 February. He said the staff of the scheme will be sacked and any other official found involved in the scam will also be dealt with sternly.

The inspection team revealed that the provincial government has released funds to 14 such schools which are either non-functional or functioning very poorly. The questionnaire sent to the Education Department carries eight questions.