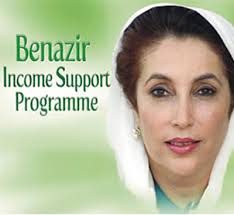 KHAR, 18 May: A corruption scam has surfaced in the Benazir Income Support Programme (BISP) funs in Kurram Agency.

A number of BISP card holders told TNN that they were receiving Rs1,500 per month but now this assistance has stopped for last one year. They said the BISP officials are also unhelpful and using different delaying tactics.

“My wife was receiving Rs3,000 after every two months from BISP. We haven’t received any aid for the last one year now. We are very poor people and it is very hard for us to make ends meet in these circumstances,” a local person told TNN.

The women card holders, who had been deprived of financial aid, have demanded the political administration to take strict action against officials involved in usurping the BISP funds and ensure resumption of assistance.

The administration says new ATM cards will be prepared for the women beneficiaries of BISP due to which financial aid has been temporarily stopped.

On the other hand, the Pakistan People’s Party (PPP) leader in Kurram Agency, Hamid Turi alleged that some officials had been involved in embezzling the BISP funds of 18,000 card holders in the region for the last one year. He said these officials are now making different excuses to hide their corruption.