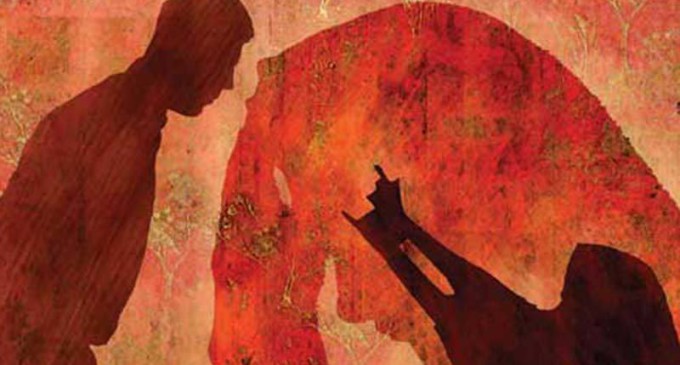 PESHAWAR, 24 November: A man in Peshawar has allegedly shot dead his daughter along with a boy. According to police, the accused Afzal Khan has been arrested along with the weapon, which he used in the crime.

Police said the accused Afzal Khan, a resident of Jehangir Abad locality in the provincial metropolis, confessed that his daughter had illicit relations with a teenager boy Junaid. He told police that Junaid had to come to his house to meet his daughter on Wednesday night, adding it prompted him to kill both of them as he deemed it a breach of his family’s honor.

It merits a mention here that three women were brutally killed in Tehkal area of the metropolitan city a few months back. Their charred bodies were recovered from a deserted plot. Later police traced that the ladies were killed in the name of honor.