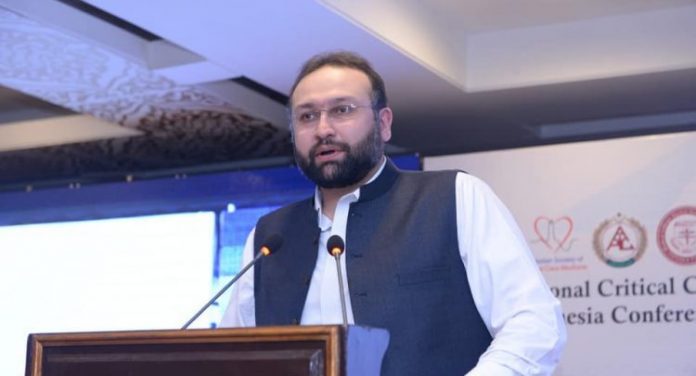 PESHAWAR: A court in Peshawar has ordered filing of a case against Khyber Pakhtunkhwa Health Minister Dr Hisham Inamullah Khan and others for allegedly torturing Dr Ziauddin.

Dr Ziauddin had moved the court for registration of a case against Dr Hisham Inamullah and Dr Nausherwan Barki who is the architect of the health reforms in Khyber Pakhtunkhwa and is the cousin of Prime Minister Imran Khan, and others for allegedly attacking him at the Khyber Teaching Hospital (KTH) in Peshawar a couple of months back.

Dr Ziauddin said in his petition that police were not cooperating with him in lodging of the FIR against the minister and other accused who tortured him at the KTH on the issue of health reforms. He alleged that the armed guards of the mister also took full part in torturing him.

The additional sessions judge in his order ordered the University Town Police Station to lodge an FIR against the provincial minister and other accused.

Doctors throughout KP had launched a protest movement after the incident of May 02 after which hospitals in the province were closed and patients suffered a lot. The protesting doctors were demanding reversal of health reforms and removal of the health minister.

Several children in Kam Shalman area of Landikotal in Khyber tribal district are suffering from pneumonia with the arrival of winter season. However, the nebuliser machine in the sole dispensary in the area is out of order due to which the patients coming for treatment are facing a lot of difficulties.

The parents of the ill children said the basic health unit of Kam Shalman lacks basic facilities. They said the well-off people take their ill children to hospitals in Landikotal and Peshawar, but those who can’t afford expensive treatment or long travelling continue to suffer.

The people of the area have expressed disappointment over the performance of the health department for its failure to provide facilities to dispensaries in far off areas. They have demanded the government to provide facilities at the basic health units as poor people cannot afford expensive treatment at private clinics and hospitals.