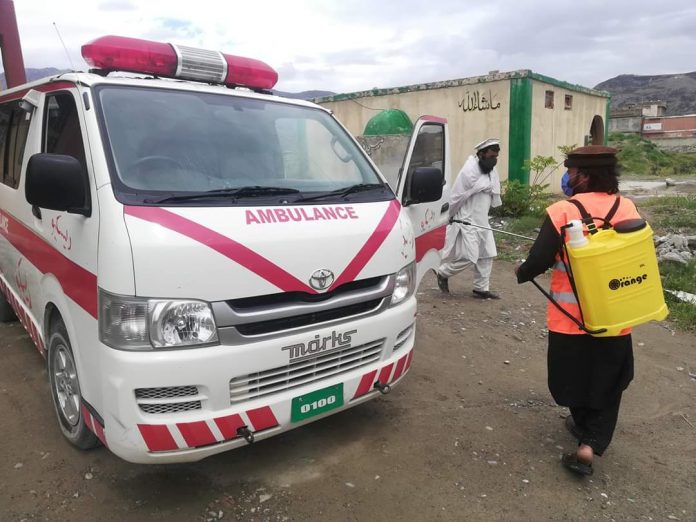 PESHAWAR: The death toll from the novel coronavirus in Khyber Pakhtunkhwa has reached 879 as 10 new deaths were reported on Thursday.

According to latest data shared by the KP Health Department, as many as 416 new cases were confirmed in the province during the last 24 hours, taking the tally to 24,303. The new infections include 61 those persons who have returned through various international flights. Out of 10 new deaths, four have been reported in Peshawar, two in Swat, and one each in Charsadda, Mardan, Upper Dir and Shangla.

Peshawar is still the most affected district from coronavirus in KP with 8,423 cases so far, including 166 during the last 24 hours, and 426 deaths, nearly the half of the total deaths in the province. As many as 4,547 people have recovered from the disease in the metropolis.

The total confirmed cases of COVID-19 in Pakistan have mounted to 194,613.

As many as 81,307 patients have recovered from the virus in Pakistan.

Imposition of smart lockdown in some high-risk areas in Pakistan as delivered good results as considerable reduction has been witnessed in the new infections and deaths.