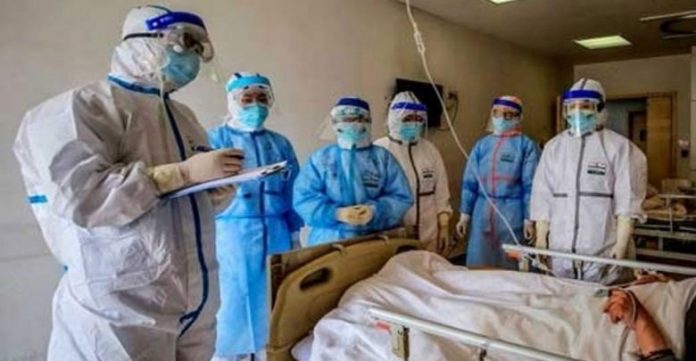 PESHAWAR: The death toll from novel coronavirus in Khyber Pakhtunkhwa has mounted to 122 after eight more deaths were reported in the province on Wednesday.

According to the KP Health Minister Taimur Khan Jhagra, as many as 153 new cases of coronavirus were reported in the province during the last 24 hours, bringing the provincial total to 2,313.

Note that KP reports deaths as per the WHO criteria. pic.twitter.com/wf47pgQigj

The death toll in KP is the highest from the rest of the country mainly due to non-following of social distancing measures by the people. A large number of people are seen flouting the precaution and necessary measures to avoid the spread of coronavirus. Peshawar is the most affected district of KP due to its high population and greater economic and trade activities. So far, the metropolis has reported over 800 coronavirus cases and 70 deaths.

Swat and Mardan are the other two most affected districts with 12 and eight deaths and 163 and 154 infections, respectively.

The number of confirmed coronavirus cases in the country rose to 15,738 after different parts of the country reported new cases.

A total of 3,425 people in Pakistan have recovered from coronavirus so far.

Six officials of the Health Department in Nowshera, including District Health Officer (DHO) Dr Gul Man Shah Khattak, have been diagnosed with coronavirus.

Five more people coming from Dubai have also been diagnosed with coronavirus who have been shifted to the quarantine centre established at Government Technical College Khandar in Risalpur. The deputy commissioner said 53 cases of coronavirus have surfaced in Nowshera so far. The district has also reported three deaths from the disease.