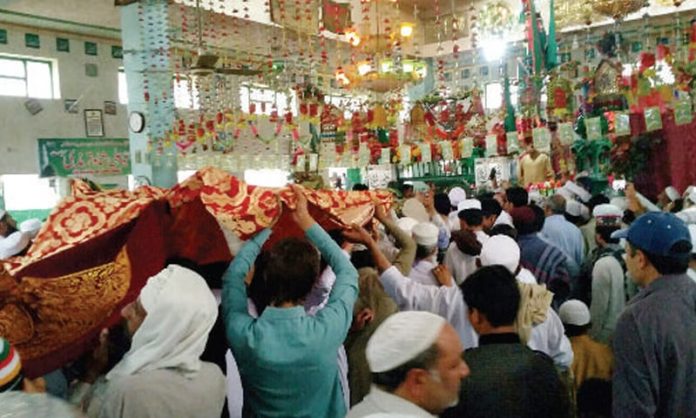 Parachinar: Beside its disastrous impacts on the global economy, the coronavirus pandemic has also affected religious communities across the board. Millions of Muslims from around the world travel to Saudi Arabia for the Umrah and Hajj pilgrimages. Though the Hajj is held once in a year, the Umrah pilgrimage is being performed by Muslims around the year.

This year, hundreds of thousands of Muslims from all over the world could not perform the annual Hajj pilgrimage, one of the five major pillars of Islam, due to the ban on the entry of foreign pilgrims by the Saudi government in March.

The Saudi authorities had also suspended the Umrah operation due to fear of the spread of the coronavirus. Saudi Arabia had closed the two holiest sites, the Great Mosque of Mecca and the Masjid-e-Nabawi in Madina in March and had even banned the entry of the local citizens to the mosques.

Every year, the influx of pilgrims reaches to millions during the month of Ramadan but the closure of the Umrah operation deprived millions of Muslims across the globe from performing the ritual.

After a seven-month gap, Saudi Arabia reopened Islam’s most sacred sites for Umrah pilgrimage in phased manner. The government initially allowed 6,000 local pilgrims to perform Umrah from October 4, followed by the second phase launched on October 18 wherein a maximum of 15,000 pilgrims were allowed. The final phase started in the first week of November and visitors from specific countries were allowed to enter the kingdom. The announcement stirred a wave of excitement among the Muslims from all over the world.

Sajjad Ali, a resident of the Kurram tribal district says that unfortunately he couldn’t perform Hajj due to the coronavirus lockdown though, he had made all the preparations.

Likewise, a large number of people couldn’t travel Iraq and Iran due to the closure of borders. Mumtaz Hussain, a tour operator told TNN that around 100,000 zaireen from the Kurram district were intending to travel to Iran and Iraq but they couldn’t as the borders were closed.

The coronavirus pandemic also deterred the Sikh community from performing their religious practices. Gorwiyal Singh, a local Sikh leader, says members of his community couldn’t participate in the birthday festivities of Baba Guru Nanak, founder of the Sikh religion, at Nankana Sahib.

Similarly, the religious practices of the Christian community were also hampered as churches and other places of worship were closed. However, Shahzad Maseeh, a local member of the community says they have started their services in Churches while strictly following the SOPs.

The government had also closed shrines across the country. However, after the relaxation in the lockdown, almost all the shrines have been reopened for visitors. With the reopening of the famous shrine of Pir Baba in district Buner, a large number of visitors have started coming to the valley and it will likely boost the economic activities in the area.