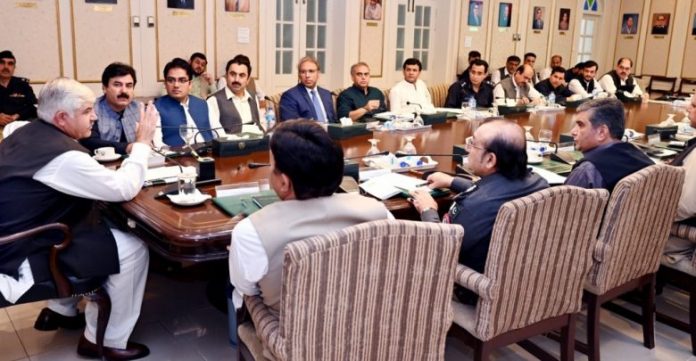 PESHAWAR: Chief Minister Mahmood Khan has directed all concerned departments to finalize development plans to present it in the next Joint Co-operation Committee (JCC) meeting and make it the part of China Pakistan Economic Corridor (CPEC).

The JCC meeting to be held in November this year. Chief Minister was presiding over a meeting regarding the preparation of the provincial government for the next meeting of the Joint Co-operation Committee, which is scheduled for November 9, 2019, in the Chief Minister’s Secretariat.

The meeting was given a detailed briefing on the progress made on all the projects related to CPEC in the province, feasibility, progress of making new uplift projects the party of the CPEC.

Chief Minister Mehmood Khan also directed the departments to prepare for the upcoming Joint Working Group meeting and said that most of the development projects of the province were ignored in the context of CPEC in the previous federal government.

He said that the recent visit of Prime Minister Imran Khan’s recent to China will bring economic prosperity in the region. The Chief Minister said that to attract more investors to the province, a roadshow will be arranged in China by the provincial government in China. He added that roadshow increases the investors in the tourism sector of the province.

The Chief Minister said that with the completion of projects under the CPEC in the province, it will lead to an economic revolution in the entire KP, while huge employment opportunities will also be available to the people of the province and its tribal districts.