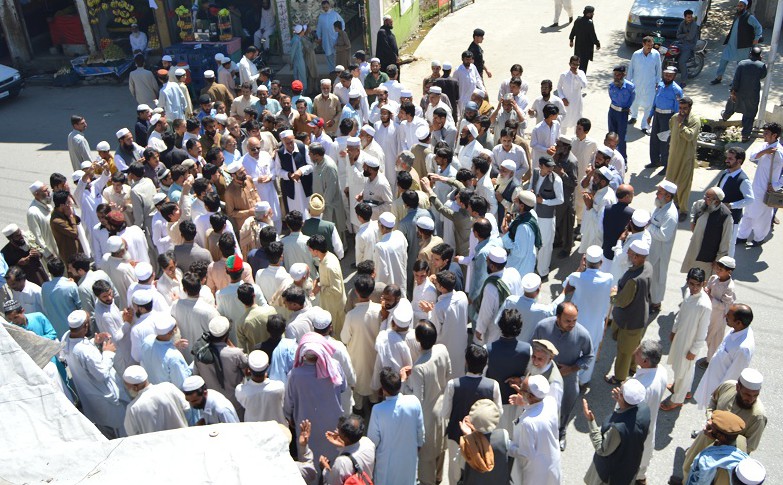 The protesters blocked the Silk route passing through the district for some time to register their protest and press the government to pay heed to their demands.

The participants of the demonstration chanted slogans against the federal government and the Chief Minister of Khyber Pakhtunkhwa, Pervez Khattak.

They alleged that the KP chief minister did not keep his words by invoking section-4 in the area which banned the transfer of land thus facilitating the federal government to acquire land for the corridor project.

Dr. Said Alam said that Pervez Khattak had pledged that his government would allow the federal government to acquire land for the project in KP unless the province was not given its due share.

Earlier, a public meeting was held which was addressed by Dr. Said Alam Mehsud and other political and local elders of the area.

The speakers alleged that on one hand, the federal government did not seem sincere in compensating the people who might be affected by the project, while on the other, it had given most of the developmental schemes under CPEC to Punjab.