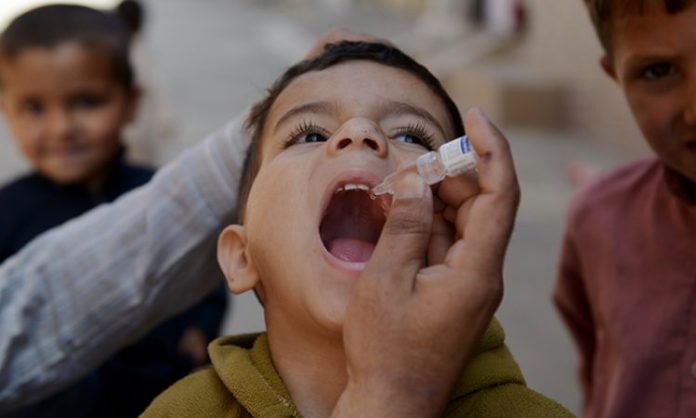 PESHAWAR: The government has blocked dozens of social media accounts which were used for spreading disinformation about the polio vaccination campaign in Pakistan.

The Pakistan Telecommunication Authority (PTA) Chairman has informed Prime Minister’s Focal Person on Polio Eradication Babar bin Atta about the crackdown on the accounts involved in propaganda against polio vaccination. The PTA chairman said 174 social media accounts have been closed so far including 130 on Facebook, 14 on Twitter and 30 on YouTube.

Meanwhile, in a statement on Twitter, Babar bin Atta said a large number of Facebook posts of disinformation campaign have been removed from Facebook, while hundreds of videos have also been removed from YouTube.

“I can now confirm with authenticity that global social media platforms, including Facebook, have started to delete/block some of the material spreading hatred and misinformation regarding polio vaccines in Pakistan,” he said, adding that Twitter and Google have removed a huge chunk of such content.

The recent polio vaccination campaign in KP was mired by controversies after an incident in which hundreds of children were hospitalised in Peshawar after consuming polio drops as rumours were spread about adverse reaction of the vaccine.

The rumours proved to be false and no such adverse thing was detected in the polio vaccine in the laboratory tests. However, these rumours caused a lot of damage as an enraged mob attacked a health centre in Peshawar and set it on fire and tens of thousands of people refused to administer polio drops to their children. Not only in Peshawar and other parts of Khyber Pakhtunkhwa, the rumours also had its impacts in rest of the country and refusal cases became a headache for the government.

The people involved in vandalism at the hospital and those spreading fake videos of adverse reaction of polio vaccine were also arrested in Peshawar.

After initial damage control, the government initiated crackdown on the social media platforms against the propaganda campaign.