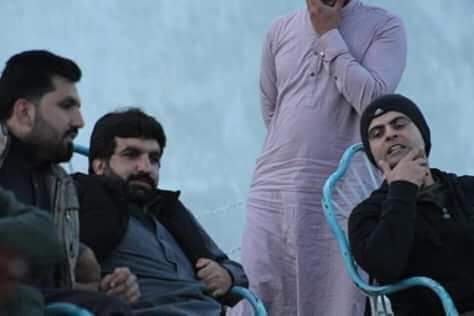 CHITRAL: The district administration of Chitral on Wednesday denied entry to famous cricketer Ahmed Shahzad owing to lockdown in the district as precautionary measure to avoid the spread of coronavirus.

Commissioner Malakand Riaz Mehsud said Chitral is a coronavirus-free area at the moment and no risk can be taken in this regard. He said the people from other districts are not being allowed to enter Chitral as precautionary measure to avoid the spread of the virus. The commissioner confirmed that Ahmed Shahzad and his family were asked to return from Lowari Tunnel.

The famous cricketer has taken the initiative to distribute ration among the needy people amid lockdown due to coronavirus emergency. He had also gone to Upper Dir in this regard where he distributed ration after which he decided to go to Chitral, but the administration did not allow him to do so.

On return from Lowari Tunnel, Ahmed Shahzad stayed for some time at the residence of former minister Najmuddin Khan and then returned.

Former Pakistan captain Shahid Afridi has also announced that he is collecting donations in order to battle the coronavirus.

“These are testing times, it’s time to lookout for each other specially the ones who are lesser fortunate. Lets do our bit, I am supporting @SAfridiOfficial & @SAFoundationN in this noble initiative of covid19. Pls donate on http://donatekarona.com  #StayHome @harbhajan_singh,” he said in a tweet.

Harbhajan Singh said, “The world is passing through extremely testing and unprecedented times. Let’s do our bit to help @SAfridiOfficial @SAFoundationN doing gr8 work plz join hands with them nd contribute what ever u can http://www.donatekarona.com  for covid19 @wasimakramlive @YUVSTRONG12 @shoaib100mph.”

There were also voices in India which supported the two cricketers saying that humanity comes first than politics.