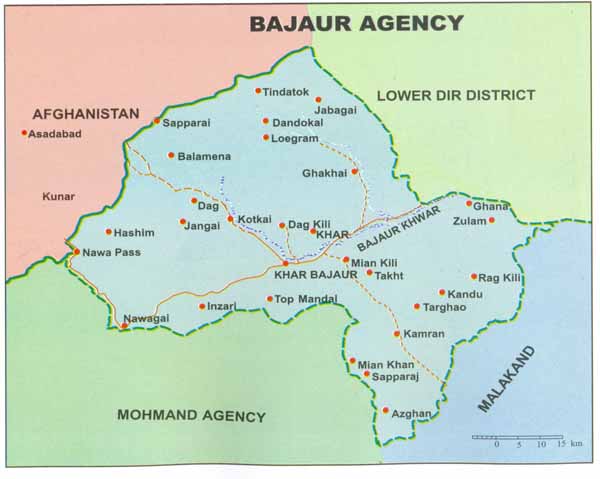 KHAR, 24 May: A personnel of the Frontier Corps was killed in an attack on a check-post from across the Pak-Afghan border by militants today morning.

The political administration said that the attack was launched on a check-post at Ghakhi Pass near Pak-Afghan border, using light and heavy weaponry. However, the reactionary fire by Pakistan Army silenced the guns of militants.

In the past, a number of cross-border attacks were made in Bajaur Agency however in the backdrop of the initiation of better ties between Islamabad and Kabul, such incursions have also decreased.