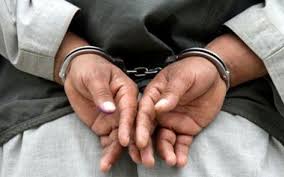 The terrorist was reportedly involved in several heinous crimes including attack on police vehicles at Kulachi area of D.I.Khan in 2014 and other acts of terrorism.

A joint team of police and security forces, while acting on a tip-off, raided a house in the area and arrested the suspected terrorist. The forces also recovered weapons from his possession and shifted him to an undisclosed location for further interrogation.