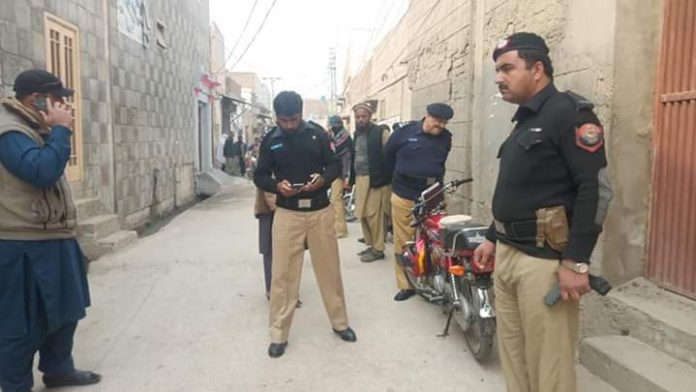 According to police, unidentified motorcyclists opened fire on CDP Police Department due to which a CTD official was seriously injured. As soon as the incident was reported, the police and other security forces officials arrived at the crime spot and shifted the injured to the hospital where he succumbed to his injuries. The deceased was identified as Mir Shahbaz, a CTD officer.  According to police, Mir Shahbaz was shot while he was on his way to the office.

It is pertinent to mention here that Ghani Khan, deputy superintendent of the Anti-Terrorism Police Department, was killed by unknown gunmen in Peshawar on the 14th of this month. According to police, DSP Ghani Khan was on his way when some unknown persons opened fire on his car in Chamkani area. Deputy Superintendent of Police Ghani Khan was killed on the spot while two others security me, gunman Rashid and driver Nasir, were injured in the accident.  The injured were shifted to the hospital for medical help.

Arshad Khan the Station House Officer (SHO) Akora Khattak police station along with policemen at the check post in Jahangira and signalled a suspicious motorcar to stop. The policemen after through search recovered 25repeater gun, 12 pistols and arrested two persons from the care.  The suspects arrested were identified as Shah Sawar a resident of Khair Abad and Ahmad Nabi A resident of Jehangira on the spot.

The police officials said that a case has been registered in the case and further investigations are underway.