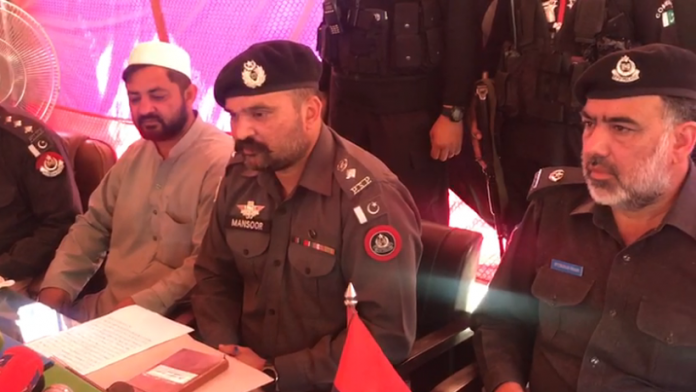 NOWSHERA: The alleged culprits involved in the sexual abuse and murder of a 10-year-old boy in Nowshera have been arrested.

District Police Officer (DPO) Mansoor Aman said at a press conference along with SP Investigation Iftikhar Shah at Nowshera Police Lines on Saturday that a woman, Asma filed a report with police on 1 May that her son, Muhammad Rehan went out of home for playing, but did not return. After filing the report, the police started search for the missing child. They received information the next night that the body of a child was lying in a sugarcane field in Amankot area. Police recovered the body of Rehan, who was slaughtered by the culprits, and shifted it to Rashid Memorial Hospital for post mortem. The samples from the body were sent for laboratory tests after which the body was handed over to family.

The DPO said a police team was formed to arrest the culprits and they conducted investigations on modern lines and arrested two suspects Abdul Naeem and Saleem within 48 hours of filing of report. He said the culprits during interrogation confessed to their crime and the sharp-edged weapon used for killing the child has also been recovered.

Uncle of the deceased child said while talking to TNN that the culprit brothers after killing Rehan came to his house and informed him that his body was found in the field. He said he later on got suspicious that they were hiding something from him.

The mother of the victim child has demanded hanging of the culprits.