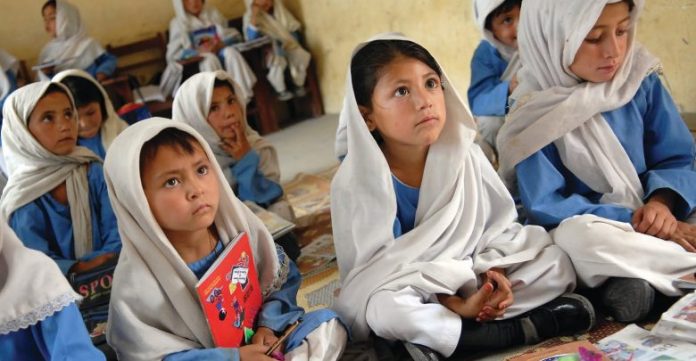 PESHAWAR: Many girls start education in private schools in Khyber tribal district, mostly in co-education system, but their parents then shift them to government schools for girls or make them sit in home as they start growing up.

“I was nine years old and studying in grade-3 in a co-education system in a private school in Landikotal when my parents decided to shift me to a government girls’ school,” Gul Rukh, a girl from Khyber district, said while talking to TNN.

Gul Rukh’s father said while talking to TNN that he shifted his daughter to government school as it is deemed inappropriate to make girls sit with boys in a tribal culture when they start growing up.

The mother of Gul Rukh said economic issues also impede parents’ efforts to get their children quality education. She said she has seven children and the family cannot afford to enrol all of them in private schools.

On the other hand, Jemima Afridi from the same tribal district said she completed her FSc in co-education and did not face much difficulty as she enjoyed full support of her family.

She said the area from which she belongs even doesn’t allow girls to go to government schools. She said parents in such area don’t invest in their daughters as they are inclined to marry them off as quickly as possible. She also attributed these problems to cultural bonds and poverty in the erstwhile tribal region.

Jemima said from primary to FSc, the ratio of her girls’ classmates kept on reducing and at the end very few girls completed the FSc and the rest dropped out.

Wali Khan Shinwari, principal of a private school, told TNN that the trend of building private schools for women is very low because people don’t send girls to such schools.

Gul Rukh said while she was shifted to a government school, her brother was enrolled in a private school with reputation of good results in exams. Ahmed Fayaz, Gul Rukh’s brother, said he migrated to another private school with double tuition fee to improve his grades in exams. The example of Gul Rukh’s family shows how boys get preference over girls in quality education.

Professor Dr Naser Ahmad, an educationist, said while talking to TNN that education has become a source of big earning for educationists rather than imparting education. In a tribal culture, he said, the burden of looking after a family rests on a man, therefore, investment is made in boys to make them successful citizens of society. He said investment on girls’ education is very low and they are allowed to join only few fields like education and health. However, he said, basically it is the responsibility of the state to educate every person. He said no society can make real development without educating their women.