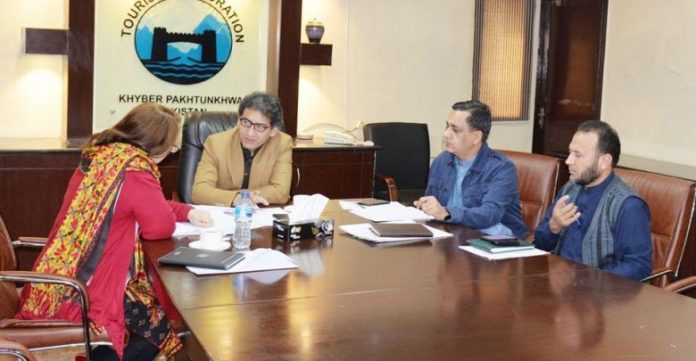 PESHAWAR: Khyber Pakhtunkhwa Senior Minister for Culture and Tourism Atif Khan has said that cultural activities, including cultural fairs, will be organized to highlight the culture of tribal districts.

Presiding over a meeting in the Department of Culture, Atif Khan instructed the culture authorities to complete preparations for local culture fairs and other activities in the tribal districts as soon as possible. Director culture and other officials were also present on the occasion.

The Director Culture gave the Senior Minister a detailed briefing on the projects initiated for the cultural activities, the senior minister directed to expedite the work on all the ongoing projects and bring new plans for cultural promotion.

Atif Khan said that tribal districts have been suffering from deprivation for the last several decades, so now cultural and other recreational activities will be held there. He expressed the hope that through this initiative, the world will be showed that the tribal people are not terrorists but peace-loving people.

PESHAWAR: The district administration Khyber directorate of health services on Tuesday started a programme pertaining to HIV, screening tests of hepatitis. During the programme, people were informed about timely and early treatment of those diseases.

Deputy Commissioner Khyber Aslam Pervaiz said timely screening tests of patients should be conducted in order to cure those deadly diseases at early stages. He said screening tests camps would be held across the districts where people could undertake test and get registered.