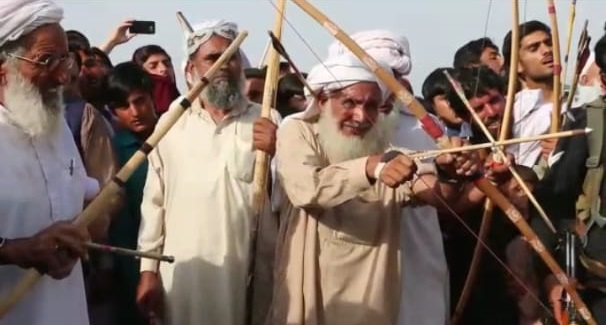 TANK: A colourful cultural festival was organised in the tribal sub-division Jandola by the local administration and Sports Department on Monday.

A number of programmes were arranged in the festival. Assistant Commissioner Bashir Ahmed was chief guest on the occasion, while Colonel Waqas of the Pakistan Army, local elders and other people attended the programme in large number.

In the cultural show, the local singers presented lovely songs which enthralled the audience. The local people also presented the traditional Atten dance and got appreciation.

Assistant Commissioner Bashir Ahmed said on the occasion that the successful sports and cultural events in Jandola proved that the people of the area are peace-loving. He said peace has returned to the area due to countless sacrifices by the local people and security forces. He said this peace will be sustained now and no one will be allowed to disturb peaceful environment of the area. He said a positive message has been conveyed to the world from the tribal areas.

The deputy commissioner said people of the area are talented and they also love their culture and traditions. He said such events will also be organised in future to provide entertainment opportunities to the local people and promote positive activities.

Sports Manager Irfan Khan Betani said the purpose of the festival was to show the cultural beauty of Jandola to the world.

At the conclusion of the festival, the chief guest distributed trophies and cash prizes among the winning players and artists.

Meanwhile, a sports gala was inaugurated in the remote Loe Shalman area of Khyber tribal district on Tuesday.

The event was inaugurated by Commander 215 Wing Swat Lieutenant Colonel Mian Sajjadul Haq at Fazal Mehmood Ground. Forty teams will participate in the gala in different sports events. Competitions in cricket, football, volleyball and other sports will be organised among different teams.

Lt Col Sajadul Haq said peace has been completely restored in the tribal districts. He said the area has a lot of talent.