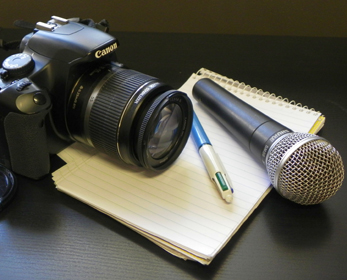 PESHAWAR: Journalism is not only about the media. It is about the voice of voiceless. By choosing the field of journalism, an individual can stand for rights of people because we can see that only through media our voice can reach everywhere.

But unluckily in Pashtoon belt and especially in district Dir, journalism has not reached to the level of its true potential. That’s why the people of Dir can’t raise their voice for their rights, and in addition to this, especially the women from Lower Dir are reluctant to join media field due to different issues.

During visits to different universities and departments of media studies, it transpired that women face more problems in media than any other field. A female student Nafeesa Naseeb who has completed Masters in Journalism from well-known University of Malakand in 2018, says journalism was one of her favourite subjects, and she really wanted to become voice of her region.

“At that time, I was feeling attraction in the field, because our district was facing health, education and other problems. So being a journalist, I wanted to serve my area by highlighting their problems,” she said.

The 26-year-old girl shared that her family supported her well, but due to our cultural and religious norms, she faced issues and could not fulfil her dream of becoming a professional journalist.

A newly-graduated media student, Fayaz, 24, from Dir said there was a ban on co-education in this area under the cultural practices which has effected different fields of education, including journalism. “Another factor is that our cultural norms and values does not allow our females to make their choice in any sector,” he added.

A lot of women in Pashtoon belt can’t join media because of gender discrimination and cultural restraints. Male members of the family think journalism is not a secure field for females. Secondly, there is no proper women-specific institute and media organisation in the area.

A well known journalist said that this issue is going to be solved, but it will take some time.

Nafeesa said the women of the area are mostly focuses on those subjects which are related to teaching side because there they deal with women only and they don’t interact with men.

We need to focus on these difficulties and the authorities must solve these issues by creating awareness. Through awareness, campaigns and seminars, we can remove misconception among people and tell them that journalism is a safe and secure field for females and they can raise voice for their rights through this forum.