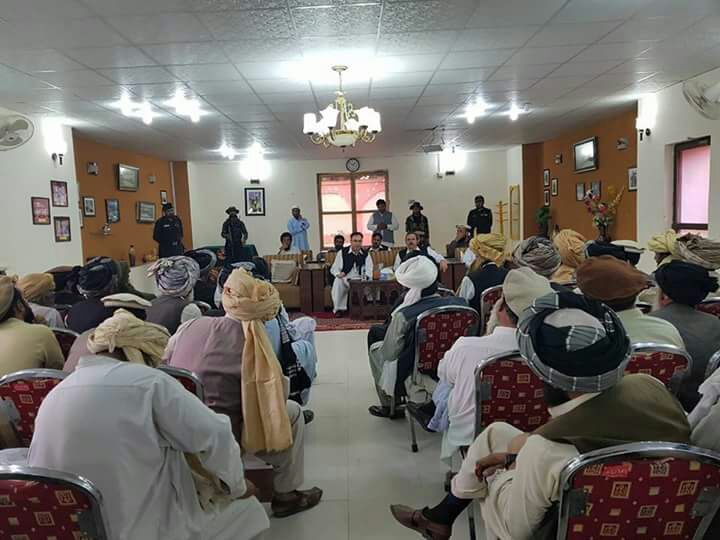 Curfew was imposed in Dosali on Monday when unknown militants opened fire on a vehicle of the security forces in which three soldiers were martyred and eight others were injured. Official sources said elders from Dosali held a Jirga with Political Agent Kamran Afridi for lifting the curfew. The elders assured full cooperation with the administration and security forces for stopping such incidents in future.