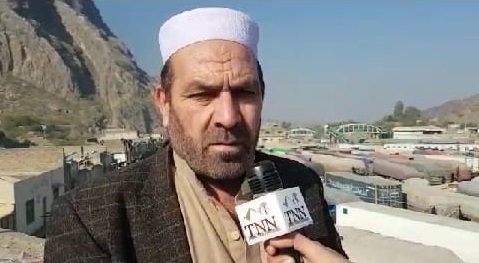 TORKHAM: All Torkham Clearing Agents union vowed to continue their strike till the government accept their demands. “Customs’ authority is stubborn to pay heed to us and we are determined to get our demands accepted,” said Zarqib Shinwari, president of the union.

“We will continue this strike till their logical end,” he added said while talking to TNN here Sunday.

He said that agents were forced to take this step as the Customs Department was not taking their demands seriously.

“We negotiated with Customs’ authority in present of district administration and put 16 demands before them,” Shinwari said, adding that none of the demands was illegal.

He added that customs collector’s stubbornness and held him responsible for loss of millions to national exchequer on daily basis as trade has been at a halt on both side of the border.

Among the demands are to check National Logistic Cell’s misuse of authority, abolition of Web Based One Customs (WeBOC) system or provision of fast internet and recruitment of additional staff, one-time examination of every vehicle uniforms rules on all crossing throughout Durand.

Around 5000 trucks remained stranded on both sides of Torkham which including trucks loaded with perishable food items.

He lamented over the unfair and negligent attitude of the Customs authority who were not showing flexibility.

Regarding fumigation spray at zero point, he said that it was completely unjust as it take two days there the union demanded that any truck unloaded on border should be sprayed somewhere else.

Explaining problems due to staff shortage, he said that the government should hire more agents for timely examination and clearance that would lead to rise in import and export and add to national treasury.

Shinwari said they were aware of losses due to strike and said that authorities were responsible for taking the issue to this level and urged them to show flexibility.

“The Customs Department has failed to achieve their target in terms of exports which is due to implementation of unjust and complicated rules,” he said.

Zarqib preferred dialogue for peaceful solution of issue and threatened they would not compromise of their demands no matter how rigidity the authorities show.

Afghan transporters complained of harassment on border and said that Afghan Council has issued them Road Pass so that Pakistan’s Customs didn’t ask them to show their passport on border.

Moreover, Pakistani drivers said that their trucks were parked loaded since last several days and urged the government to accept demands of the agents and end the strike.