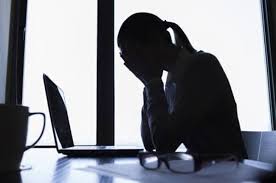 PESHAWAR: With rise in the use of digital technologies, women are more likely to become victims of severe forms of cyber violence and the impact on their lives is far more traumatic as compared to men.

In October 2018, the Federal Investigation Agency (FIA) released figures which highlighted that the reporting of cybercrimes has sharply increased in Pakistan. The agency said that its cybercrime wing has so far conducted 2,295 inquiries, registered 225 cases and made 209 arrests in 2018 – which is the highest since the Prevention of Electronic Crimes Act (PECA) 2016 was enforced.

The figures also highlight the prevalence of cyber violence in the provinces. According to reports of the FIA in Khyber Pakhtunkhwa, in the first 10 months of 2018, more than 1,600 complaints of cybercrimes and offences in the region were lodged with the cybercrime wing of FIA, out of which around 1,200 cases were reported only from Peshawar. According to Naheed Bilal, an investigation officer at the FIA, majority of the victims are women.

The FIA officials also reported that one of the major reasons behind the high number of cybercrime victims is the tremendous lack of online safety awareness and understanding of the tools that can be employed to use the digital spaces safely. They are of the opinion that there is a dire need to conduct awareness campaigns and trainings for women and girls to educate them about the legal landscape for reporting cybercrime and safe digital practices to prevent it.

In September, the case of Muneeba Shah, a Pashto singer and dancer, was highlighted in the news, after she was arrested in Peshawar for her alleged involvement in posting private pictures of a girl via a fake social media account. According to reports, the victim claimed that the singer was uploading her photos on a fake Facebook account in her name.

The complainant had lodged a complaint with the FIA’s Cybercrime Wing, which conducted a probe into the matter and subsequently carried out a raid on the perpetrator’s residence in which she was also taken into custody by the authorities. The FIA has registered a case against the singer and another accused person, named Zubair, who confessed to posting the images at the behest of the singer.

A Peshawar-based psychologist said that she provided psychological and emotional support to women who have faced online harassment and bullying. She talked about cyber violence as a phenomenon which is not separate from real-world forms of violence and women and girls who have experienced violence offline are also victims of online violence from the same person. She also discussed the strong association between cyber violence and mental health issues. Women and girls, especially belonging to conservative pockets of the country, are always worried about how their actions might impact the so-called honour of family and strict cultural norms refrain them from sharing their pictures or expressing themselves on social media platforms.

A woman journalist shared that the rise in cybercrime has heightened her fears of being a cyber victim and she cannot freely upload her pictures on social media accounts anymore. She said that she was also fearful of the unwanted comments on pictures shared online, which target and demonise women on their looks and bodies. The journalist shared that she often receives unwanted friend requests and messages and although there are options to block these on social media sites but it is still restricting space on digital platforms. She also expressed grave concern over stealing and morphing of photos. Being a public figure, she remains worried about the impact cyber bullying and harassment can have on, not only her self-esteem but also cause reputational damage and have negative consequences on her career.

A local woman said that someone made an account from Dubai and started sharing her personal pictures to damage her character. She told that the accused was not residing in Pakistan and so police was unable to do much in this regard. Her family was supportive of her but as her pictures and videos had gone viral, it had become near to impossible for her to live there anymore and so she had to leave the country to avoid the social fallout.

During this year’s 16 Days of Activism Against Gender-Based Violence, it is important for us to shed more light on this rapidly growing challenge. From abusive online comments and cyber-harassment to the perpetuation of harmful stereotypes through social media and online imagery, these new types of violence are extending to the real world and has tremendous impact on women’s physical safety and psychological well-being. There is a dire need to for the authorities, social media companies as well as the civil society to take measures to tackle online violence against women. A lot needs to be done but it all starts with the first step – let’s take that first step during the 16 Days of Activism.