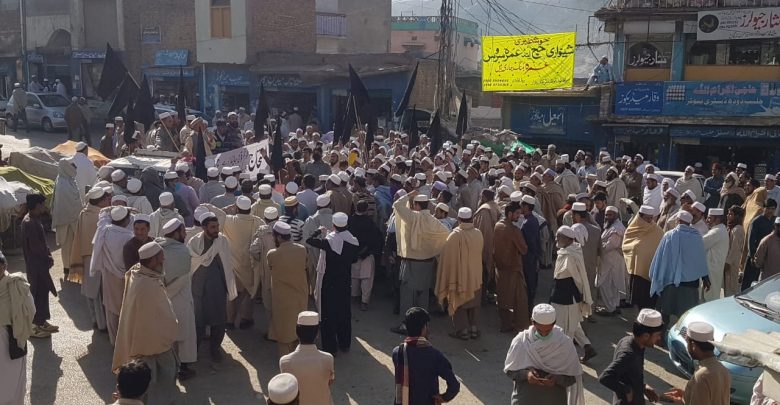 LANDIKOTAL: Hundreds of labourers on Thursday staged protest demonstration in Landikotal Bazaar in Khyber tribal district against imposition of condition of visa for traveling across the Torkham border.

The protesting workers said the National Logistics Cell (NLC) officials have banned their travel to Afghanistan without visas which has affected their business activities. They said many workers cross Torkham border on daily basis for work, but the imposition of condition of visa for them has put them into a difficult situation. They demanded the government to take back this decision.

The protesters also blocked the Pak-Afghan Highway for some time for all kinds of traffic.

The NLC Manager at Torkham border Fazle Wahid told TNN that the condition of visa has been imposed to curb illegal movement across the border. He said no one will be allowed to cross the border without visa.