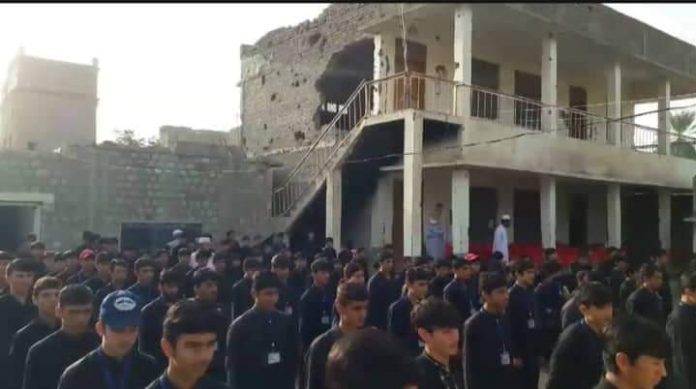 MIRANSHAH: Years-long terrorism followed by prolonged military operations have not only devastated infrastructure but pushed thousands of children’s future at stake by pushing them towards illiteracy and backwardness.

Hundreds of schools were razed to the ground throughout tribal areas and Khyber Pakhtunkwha by Taliban who have been fighting against the state of Pakistan.

The Government High School Haider Ali in Mir Ali area of North Waziristan is one of those schools that was also blown up. Burnt doors and windows, blown ups ceilings, cracked walls with marks of bullets and shells is a clear proof of anti-education agenda of the enemies of the state.

“This is what enemy of light and our children wanted for us,” said Sajid Mehsud a resident of Mir Ali said. He added that their children would see attacks on schools as a routine matter which had negative impacts on their minds. “The enemy blew up schools but they could not kill  our resolve to send children to schools”, he vowed.

Not much has been done in post militancy period to improve education in presence of hundreds of damaged schools, teachers’ absenteeism, incapable education staff and dysfunctional bureaucracy.

The dilapidated condition of GHS Haider Ali presents a bleak picture of education in tribal areas, where one million children are out of school, with the highest dropout rate in the country.

“There are around 700 students are enrolled in the school who risk their life every day by attending classes in damaged building” said a teacher who wished not to be named, .

“Promises were made regarding reconstruction of infrastructure before our repatriation but they proved to be false,” said Ahmad Wazir, a local resident. 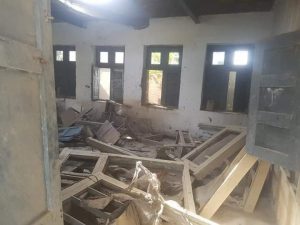 “Prior to our return, we were told that the government had completed reconstruction of state institutions, “said Abdur Razzaq, a teacher in the school, “Upon our return from life of displacement, we found out that not a single brick was erected in the school”.

Locals complained that they have talked to district administration, high ups of the law enforcement agencies and even governor KP but their appeals and requests have fallen on deaf ears.

“Fulfill your promises that you made with us if you are true Muslims,” asked Haji Abdul Malik, a local elder.

Malik Salih Jan, a tribal elder, appealed to the government for the reconstruction of GHS Haider Ali and other damaged schools in tribal areas saying that a minor earthquake can raze it to the ground that may cause massive human losses.

Fata Education Directorate data shows that there are 1300 non-functional schools, of which 500 have been made functional.