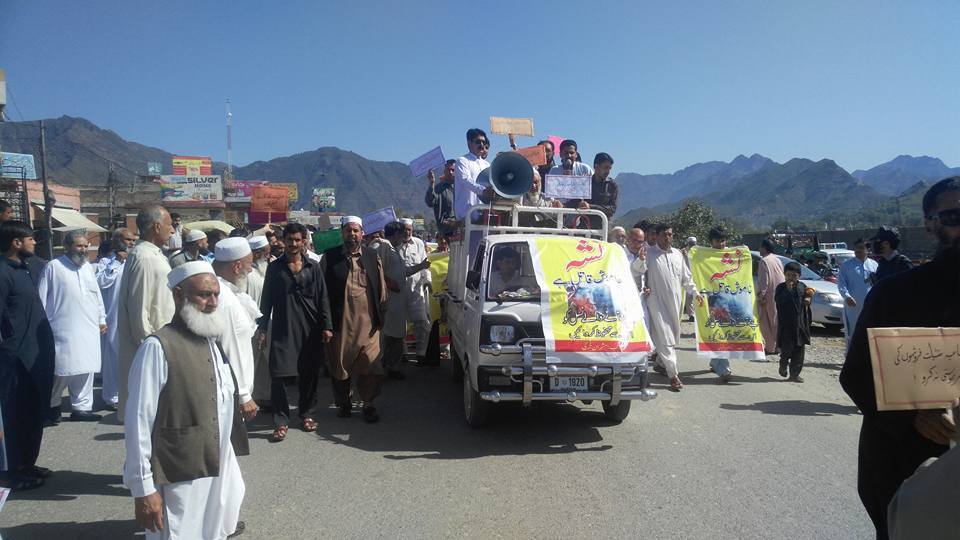 MALAKAND: The people of Dargai area of Malakand on Monday staged a demonstration over inaction of the administration against people involved in narcotics business.

The protesters were holding placards in their hands inscribed with slogans against the use of narcotics. The protesters held a walk in Dargai Bazaar and then gathered in front of the Main Square.

The area elders said on the occasion that narcotics business is rapidly increasing in the area which is spoiling the future of our young generation. They criticised the administration for its failure to take effective action against drug pushers. They demanded the government to take prompt action against elements involved in narcotics business to save the young generation from destruction. 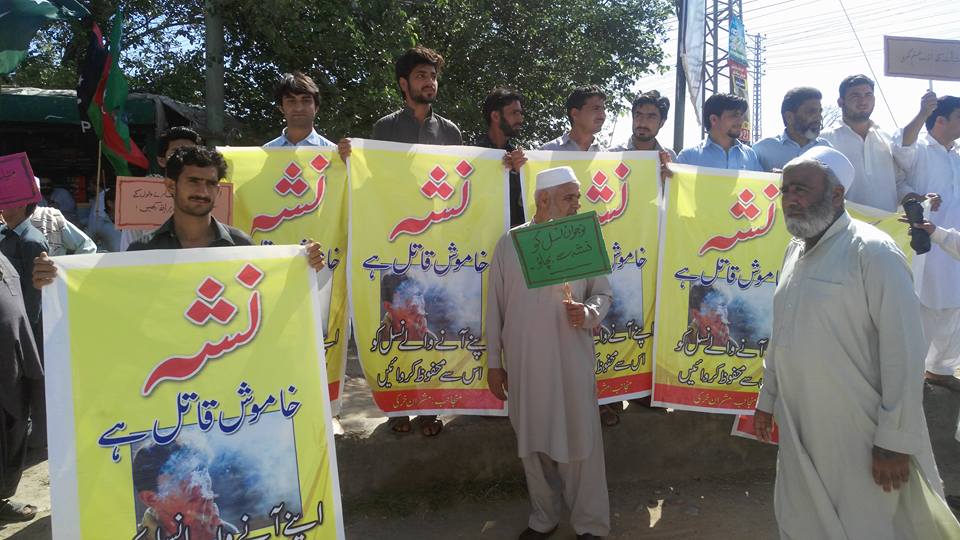 The elders said the drug is a silent killer and those already involved in this ugly practice are also roping in the innocent youth of the area into this menace. They said prompt action was needed against drug pushers before it gets too late.