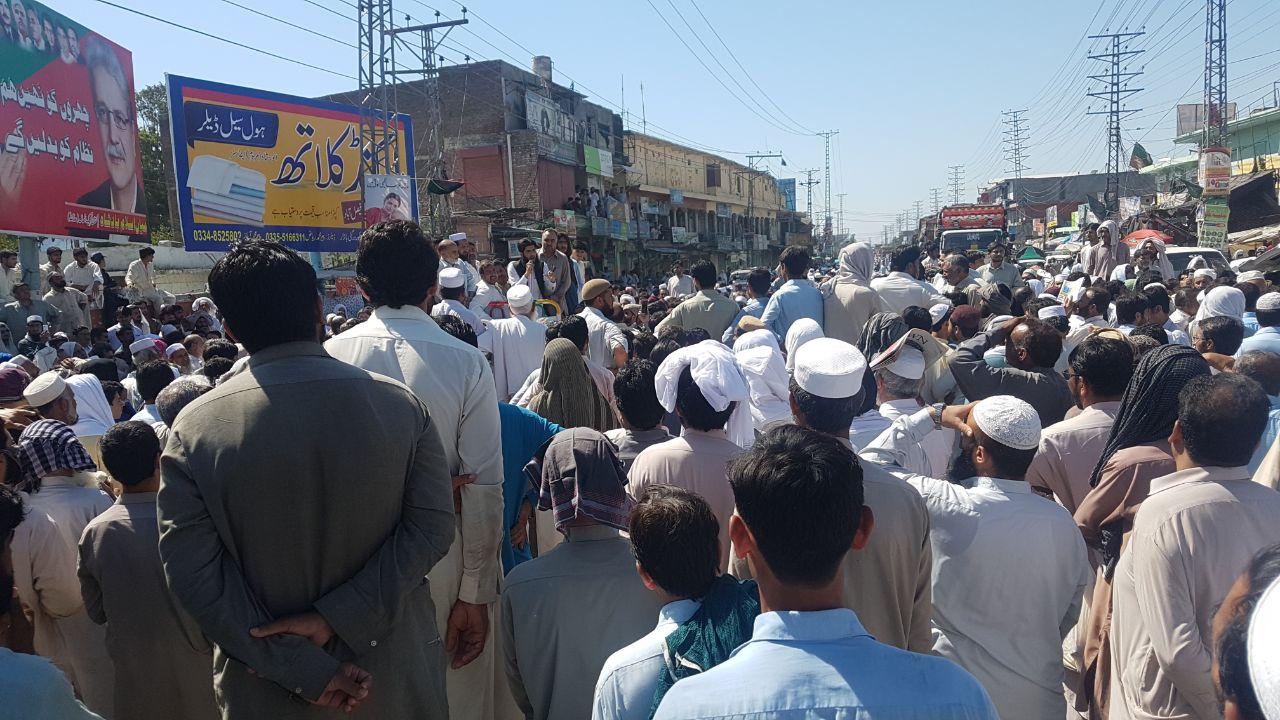 DARGAI: The traders of Dargai Bazaar in Malakand on Wednesday continued protest for second day against the murder of a currency dealer.

The traders have locked their shops and blocked the main GT Road for all kinds of traffic.

The currency dealer, Muhammad Zada, hailing from Haryankot area, was shot dead by unknown robbers on Monday when he offered resistance during the robbery attempt. The robbers snatched the money and escaped from the scene.

The traders of Dargai Bazaar had placed the body of the slain currency dealer on the main road leading to Swat and blocked it for traffic after the incident. The protesters said such incidents were regularly happening in Malakand, while no murderer has been arrested so far. They said the traders in Dargai Bazaar are feeling insecure in this atmosphere of uncertainty.

The traders earlier gave a deadline of 24 hours for arrest of the culprits and ended their protest. However, they resumed protest on Wednesday after expiry of the deadline.