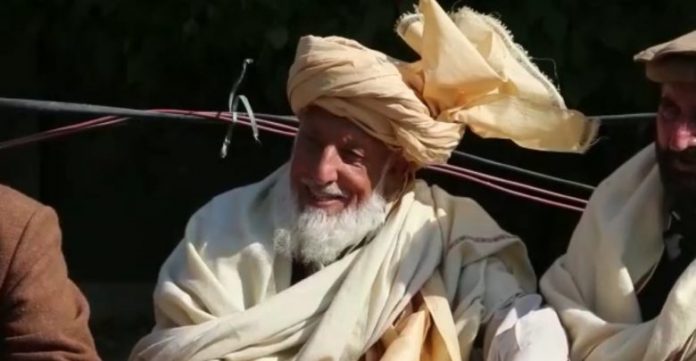 Dastar, also known as Shamla and Lungi in Pashto, has high importance in Pashtun culture. It has thousands of years of history. It is a symbol of the culture that has been passed down from generation to generation, but now the new generation has forgotten their ancestral heritage, Shamla, with a time of development.

The practice of Shamla or Dastar is now confined to tribal areas and can be seen on the heads of the tribal leaders as the young generation of these areas is completely ignorant of it. TNN arranged a dialogue with tribal youth in this regard and put questions to them as to why the tradition of Dastar or Shimla is fading away.

Fida Mohammad Mehsud, who hails from South Waziristan, says those who live permanently in the tribal areas have kept this indigenous tradition alive, but for those who have migrated tribal belt due to unrest, it is not possible to keep this culture alive and now the young people think it is inappropriate to place on their heads.

In Pashtun society, Shamla is a symbol of high dignity because, in addition to the Pashtun culture, it is also the Sunnah of the Prophet Muhammad (peace be upon him) called Amama. Dastar or Shimla is a sign of greatness because it has been practised by Muslim kings. When the Pashtuns pay tribute or respect to their guests, they adorn their heads with Daster as it is a sign of respect, according to elders when the British ruled the region, they also attached high respect to dastar.

Each tribal district adjoining Khyber Pakhtunkhwa province has different cultures or Shamla types according to their own tradition. Each tribe has different colours and textures of turbans to express their tribal lineage.

Dastar or Shimla cloth usually have a length of five meters and a meter of thickness, it can be made from Slik as well from Swati cloth. Usually, underneath they wear cape which is made of gold thread. After wearing a hat or placing a cap on the head, the turban is tightly knitted around it, which is a technical task anyway, but the elders are quite skilled at it.

Dastar is so important in Pashtun culture that when a dispute arises between two parties, the elders try to make peace or reconciliation by putting down and drop a turban at the feet; this is the only action the party, no matter how much damage it has done, they will forgive his opponent without any greed or retribution.

In addition, Lungi or Shamla has such importance in a Pashtun culture that when two people are fighting during this time if his turban bounces off, it is considered a great insult. In addition to the usual tribal elders’ jirga, and especially on the occasion of a government-sponsored jirga or event, special arrangements are made for the Shimla or Lungi, which increase their appearance.

In such a situation when the tradition of Lungi or Dastar is fading down, some Pashtuns, young men and societies, are still trying to keep it alive today and for the past few years. Pashtuns, who have been living around the world for the past few years, are celebrating October 9 as the World Day of Shimla or Lungi. They post pictures on social media in an effort to show the world that they are still having this wonderful tradition. On this day, event, they are arranging events to highlight the rich Pakhtun cultural and tradition.

The mention of Shamla or Lungi is also found in most famous Pashto poetry.  Khushal Khan Khattak has discussed it one of his famous poems –Chi dastar tari hazar di,  da dastar sari pa shmar di.