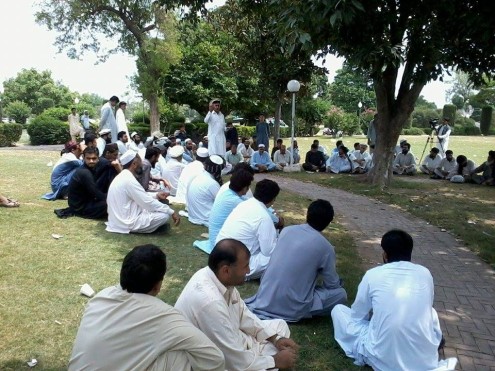 PESHAWAR, August 2: A jirga of displaced Dawar tribesmen from North Waziristan was held in Peshawar wherein they demanded the government to rehabilitate those IDPs back to their native areas who have been cleared of militancy allegations during inquiry.

Addressing the Jirga at Bagh-e-Naran park in Hayatabad, tribal elders asked the government to let them go back to their areas to resume their businesses and routine life activities.

The Jirga also demanded the government to announce some package for the reconstruction of the shops and houses demolished in military operation.

Dawar elders said relief money must also be given to them through the Pakistan Army or tribal elders, instead of the political administration of FATA region.

On 1 August, a similar Jirga of tribal elders was held in Bannu where the speakers made similar demands from the government.