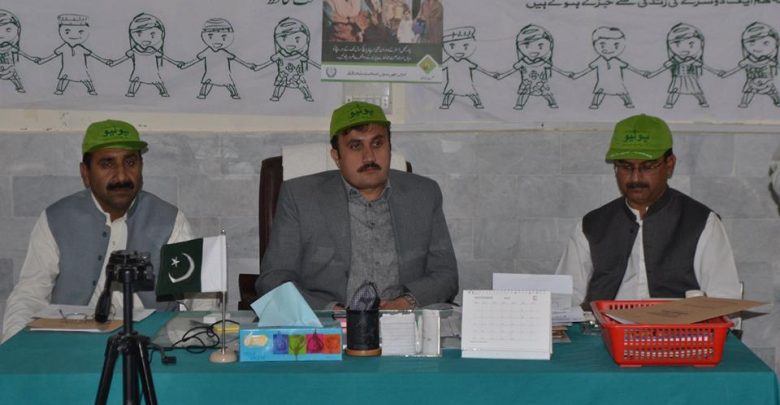 KHAR: Health Department of Khyber Pakhtunkhwa suspended Bajaur Agency Surgeon for ill-treatment of female polio workers after the photographs of them went viral on social media showing agency surgeon sitting in chair with number of women polio workers sitting on ground in a meeting regarding polio.

Earlier, deputy commissioner has issued show cause notice to him and asked the surgeon to explain his ill-treatment of women polio workers and submit a reply within three days. 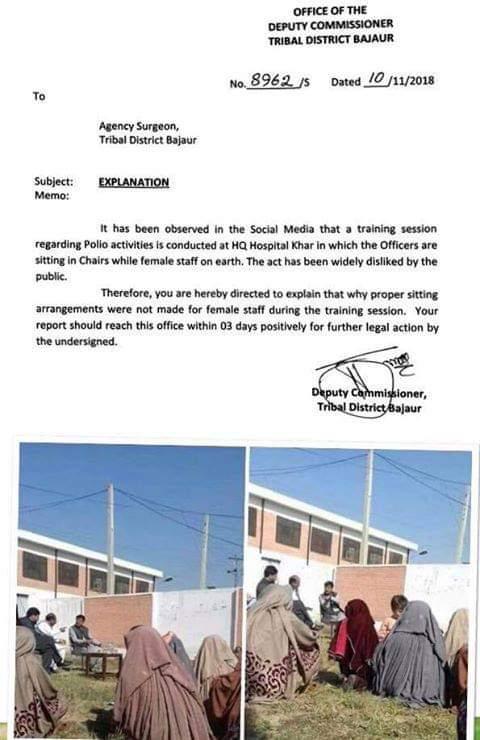 The pictures sparked outrage among locals against the surgeon with leaving scathing comments on the post showing the women.

Talking to reporters, the surgeon said that a meeting of polio workers was convened wherein all workers including male and females had participated.

He said he briefed the participants (women) regarding the upcoming polio drive wherein women were sitting outside in lawn after which they went inside hall. However the doctor has not given any response to the show cause notice.

The meeting was convened after two children were tested polio positive in different areas of Bajaur tribal district few days ago.