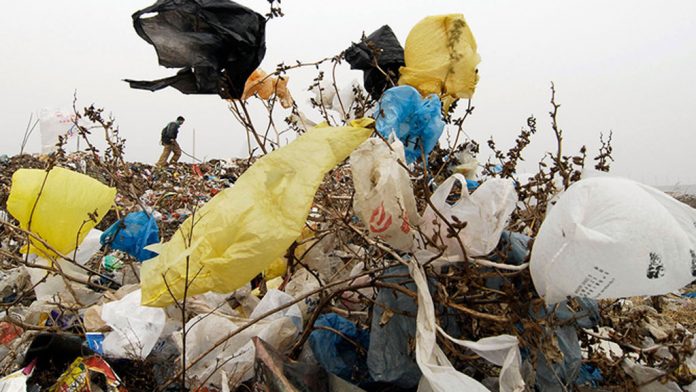 PESHAWAR:Deputy Commissioner Peshawar Dr Imran Hamid Shaikh has said that the non-biodegradable plastics bags contribute to choking of drains, resulting in poor sanitation and water-borne diseases. Therefore, in the first phase, he has imposed a banned on the use of plastic shopping bags in mega-malls and medical stores of the district.

“As first step towards the elimination of plastic, shopping bags, no such bags will be used in mega malls and the medical stories of the district,” said the notification issued by the deputy commissioner. Through an executive order, the deputy commissioner has set a deadline to dispose of the present stocks within seven days for the shopping malls and with 15 days for medical stores of the district. Mr Shaikh has directed the mega-malls to use biodegradable plastic bags while medical stores to use paper bags in the larger public interest.

“The shopping bags mainly contribute to choking of drains, resulting in poor sanitation and water-borne diseases,” reads the order. The order was issued in light of the provincial government’s instructions to the district administrations to take steps to stop usage of plastic bags in their respective districts.

According to the details provided by the officials of the DC office, the decision is taken to eliminate plastic from the district phase-wise manner. In the first phase, a ban had been imposed on the use of plastic bags in the shopping malls and medical stores. In the second phase, the administration will ban such plastic bags for grocery and fruit shops.

In case of the violation of the executive order, after warning, the available stocks of the shopping bags would be confiscated to be followed by section 144 of the Criminal Procedure Code (CrPC). The DC office hoped that there would be no issue in the implementation of the order as the issue is already consulted with the traders’ community of the city.