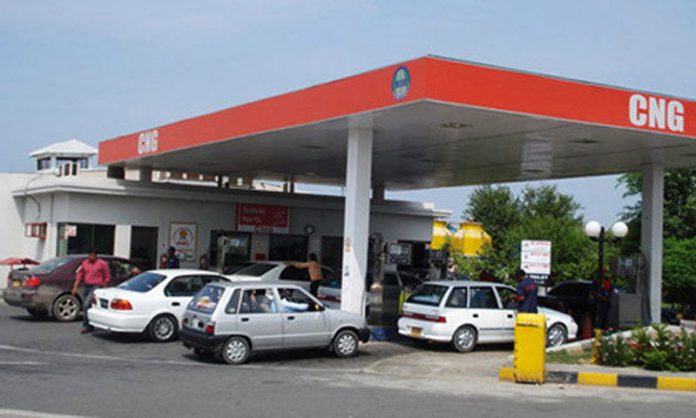 PESHAWAR: The District administration has directed the closure of CNG stations from 7:00 AM to 10:00 AM and 6:00 PM to 9:00 PM to ensure the provision of natural gas to domestic consumers in Peshawar.

The directive was issued by the deputy commissioner Peshawar during an open Kacheri in Gulbahar area of the city on Friday. He warned that stern action will be taken against all those who violate the order.

During the open kacheri, public highlighted their problems with majority of them  complained of the low gas pressure in their respective areas which prompted the DC to take steps for guaranteeing the provision of gas during breakfast and dinners times at the cost of CNG stations’ closure in the district.

The Peshawar city, especially the internal city has been facing lack of gas for domestic use since the beginning of the winter winter season. The resident of the city have also staged several protest demonstrations asking the government to ensure gas supply at least at the breakfast and dinners times.

Some residents also complained against the lack of cleanliness in their surroundings on which the DC directed the authorities of the Water and Sanitation Services Peshawar to bring improvement in the cleanliness efforts. The participants during the kacheri also requested the installation of a shutter over the funeral place and posting of a watchman and gardener for the graveyard.

They also demanded the construction of an overhead bridge for pedestrians at Jameel Chowk, removal of illegal speed breakers and conducting of anti-encroachment operation in the locality.

Speaking on the occasion, Special Assistant to CM Kamran Bangash and MNA Shaukat Ali expressed happiness over the holding of open kacheri to resolve the problems of the people at their doorsteps.