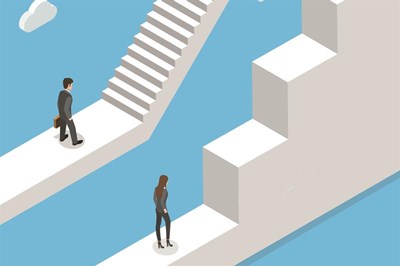 PESHAWAR: Despite the fact that we live in the twenty-first century where everything has advanced dramatically over the previous two decades, we still have challenges in some areas of life that we have had for centuries.

Gender inequality at the workplace is one of these several challenges. And, regrettably, women have to cope with it more than males.

When it comes to the electronic or print media, all organizations, with the exception of a few, handle their employees the same way. Even if they want to, women are frequently refused access to chaotic gatherings. Although it is a nice gesture, it is discouraging for individuals who wish to gain experience covering events of any kind.

While talking to TNN, Sana, who is affiliated with a private TV channel (her name has been changed upon her request), shared some of her experiences regarding the matter.

According to Sana, “Although the environment at the Channel I worked for was very friendly and professional, yet they had to draw a line between male and female staff regarding their duties.”

Sana further shared, “While there was some important news story that I wanted to cover, the task was always given to a male colleague. This would always dishearten me and I would often ask myself, what I am doing here? Why I am here? If I’ve willingly stepped out of the comfort of my home once, and have landed my feet in this challenging field then I’m more than ready to face any kind of obstacle, no matter how difficult it may seem. As the saying goes by, “Come what may”, she added smilingly.

This practice is common especially in a Pashtun society where women aren’t given exposure to the outside world and are considered best to carry on rather more convenient office work, especially if they belong to the field of media. As a result, women are eventually paid less than their male colleagues and they can do nothing about that which is a disappointing scenario. All working organisations must ensure that their male and female employees get equal pay for work based on their skills, efforts, professionalism and level of responsibility.

When asked if no exposure to special events affects their pay, Sana told TNN, “Of course! This is bound to happen. Though I made no issue out of it but yet I don’t consider it fair.”

Under existing arrangements, women are mostly forced to perform only particular tasks and their safety and convenience are prioritised, they should be permitted to widen their approach so that they can excel in their field. If they don’t hesitate, they should be offered equal opportunities to work alongside their male colleagues by giving them access to the work that they are interested in.

“Once there was some protest outside KP Bar Council during Ramazan and I was willing to cover that story. Despite showing my eagerness, the task was given to a male colleague. And to make up for that I was asked to cover a story on the event of Eid and interview people around in the market about their preparations for the occasion. I didn’t want to make a story about Eid celebrations and ask people around about what they used to do on Eid day.”

It’s high time we realise that gender inequality at the workplace must not be practiced anymore, especially in this advanced times. Besides, the government should also introduce policies that encourage fair play. Moreover, training events should be conducted to raise awareness about this issue.