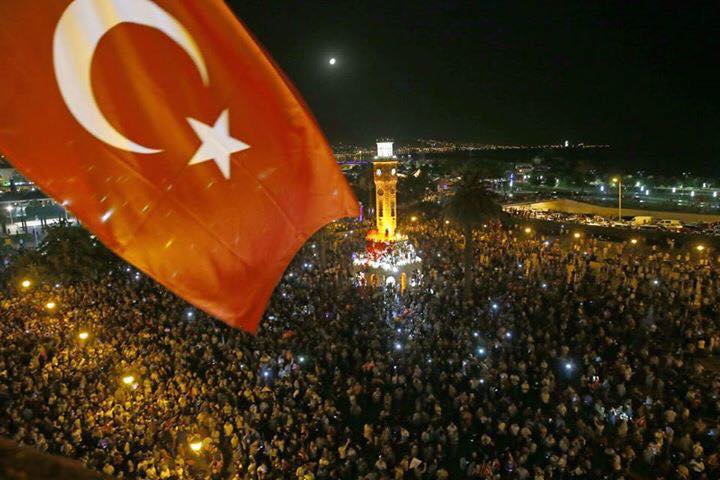 PESHAWAR, 16 July: The government of Turkey has said that the number of dead people in coup attempt from a sect of army has mounted to 194.

According to government figures,  1,440 are wounded and some 2,800 soldiers are under arrest after a failed coup.

Meanwhile, Prime Minister Binali Yıldırım has said that roundabout 3,000 people mostly including army personnel have so far been arrested in connection with the coup attempt.
Last night, a group of army attempted to overthrow the sitting government and captured several government buildings. The group also captured the state run TV and made an announcement that martial law has been imposed in the country.
Later, President Recep Tayyip Erdoğan appealed to the nation on social media websites to take to streets against rebel army troops.
Interestingly, a large number of people attended the call of the President and successfully ousted the troops from buildings and roads.