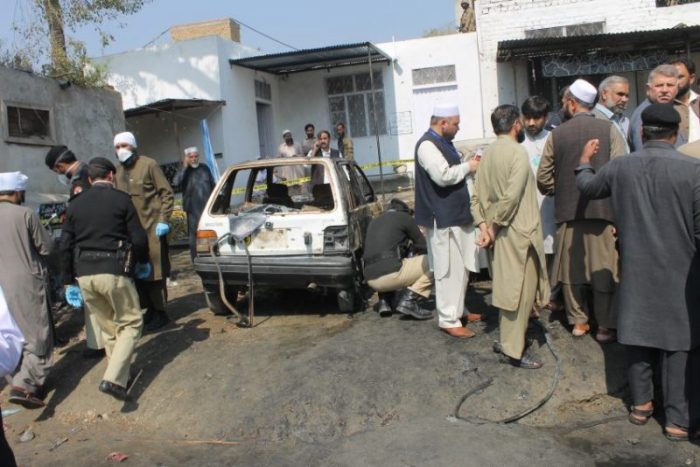 CHARSADDA, 8 March: Death toll in Monday’s suicide blast in Shabqadar area of Charsadda has mounted to 17. The spokesman for the Lady Reading Hospital in Peshawar said another injured person, Shabbir, succumbed to his injuries on Tuesday morning. Police said police personnel, women and children were among the dead in Shabqadar blast.

The Jamaatul Ahrar faction of the Tehreek-e-Taliban Pakistan (TTP) has claimed responsibility for the blast. The security of Peshawar courts has also been enhanced after the Shabqadar incident.

Sixteen people were killed and 30 others sustained injuries when a suicide bomber blew himself up inside the Shabqadar tehsil court on Monday.