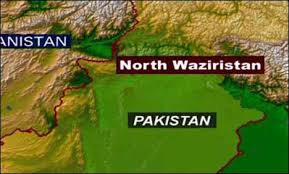 PESHAWAR, 10 May: The death toll in clashes between two tribes of North Waziristan Agency over a land dispute has crossed 40.

The local sources said Pepli Kabalkhel and Maddakhel tribes in Dattakhel area of North Waziristan are in old dispute over the ownership of a mountain. Members from both rival tribes had been exchanging fire for the last three days.

The political administration said about 40 persons from both sides had been killed so far in the clashes. However, the local sources said more than 40 persons have died so far and 25 others are injured.

The sources said reconciliation efforts in the tribal region had been hampered by the ongoing military operation in the area.