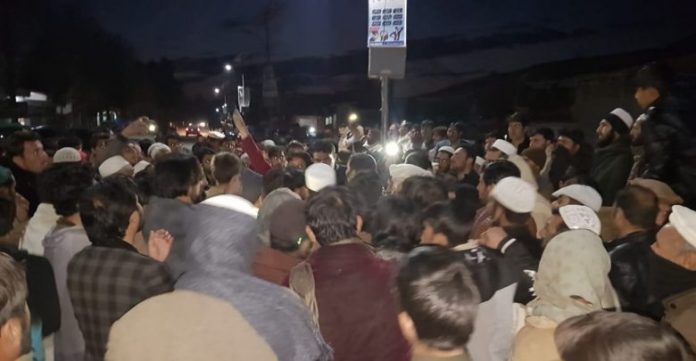 BAJAUR: The local people come on the road in protest against the hospitals’ staff after the deaths of four newborn babies in a single day in the children ward of District Headquarter Hospital (DHQ) on Thursday.

The protesters alleged the doctors and the nurses of the hospital are not performing their duties efficiently due to which the newborn children died in the hospital just movements after they were born.

The protestors said that after the birth, the doctors have to keep the child in incubator however due to the ‘carelessness’’ of the doctors and nurses, the newborn died even inside the incubator. The protestors accused the hospital staff that instead of taking their duty seriously, they are usually busy in their mobile phones while most of the doctors are also remain absent from duties.

The people are in dire need of basic health facilities in the Bajaur tribal district. The DHQ lacks life-saving drugs and has a shortage of trained staff due to which the residents have to take their women to hospitals in Peshawar and others cities for delivery cases.