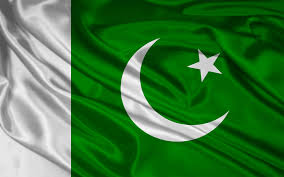 PESHAWAR, September 6: The Defence Day of Pakistan is being observed in Khyber Pakhtunkhwa and rest of the country today.

The day is observed in memory of the Pakistan Army soldiers who died in the Pakistan-India war of 1965.

In his message on Defence Day, Pakistan’s President Mr Mamnoon Hussain has paid tribute to the martyrs for sacrificing their lives to protect the country’s sovereignty.

The Prime Minister, Mr Nawaz Sharif, has also released a statement, expressing solidarity with the Pakistan Army. The primer says the democratic government would fulfill all needs of the army.

Ceremonies were held to lay floral wreaths at the graves of father of the nation Muhammad Ali Jinnah and Dr Allama Muhammad Iqbal and the Pakistan Army men killed in the 1965 war.

In the morning prayers at Masajid, the countrymen prayed for the solidarity of Pakistan and ceremonies in connection with the Defence Day are being held in various cities of the country.