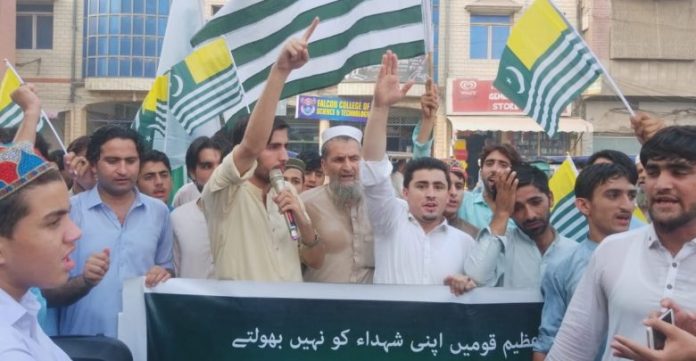 PESHAWAR: Like other parts of the country, rallies in connection with Defence and Martyrs Day and Kashmir Solidarity Day were also held in Peshawar and Lower Dir on Friday.

In Peshawar, a rally was organised by Hamqadam Youth of Pakistan in which the youth participated in large number. Addressing the rally, Hamqadam Youth Pakistan President Aminullah Mohmand said the whole nation is prepared to sacrifice anything for solidarity and security of the country. He said India must not live in misconception. He said India will get a lesson of its life if it indulged into any misadventure. He said India must keep in mind that every citizen of Pakistan is prepared to sacrifice his life for the country’s security.

Aminullah Mohmand said Indian Held Kashmir has become a prison for over a month due to draconian actions taken by the Indian government. He said the people of IHK are not getting food and medicines and the occupation forces have no regard for basic human rights. He urged the international community, particularly the United Nations, to play role to end miseries of the IHK people. 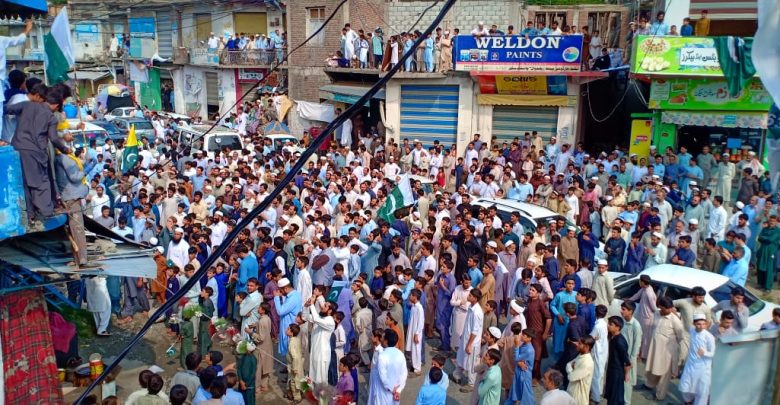 The participants held a march from Khan Mast Colony to Mir Jani Shah Police Station. They were holding banners and placards inscribed with slogans of solidarity with the people of Kashmir.

A massive rally was also held in Rabat area of Lower Dir to express solidarity with the people of IHK for their right to self-determination.

A large number of people belonging to different walks of life participated in the rally. Member KP Assembly Muhammad Azam Khan and other speakers condemned Indian brutalities in IHK. They said increased brutalities by Indian troops can never deter the resolve of the people of IHK for their fight for right to self-determination.

The speakers said India was committing unprecedented atrocities in Kashmir, while the international community is playing the role of silent spectators. They lamented that no one, including the UN, was stopping India from brutalities in Kashmir. They said Kashmir is a core issue for Pakistan and all Pakistanis will continue their support to Kashmiris for this right to self-determination.