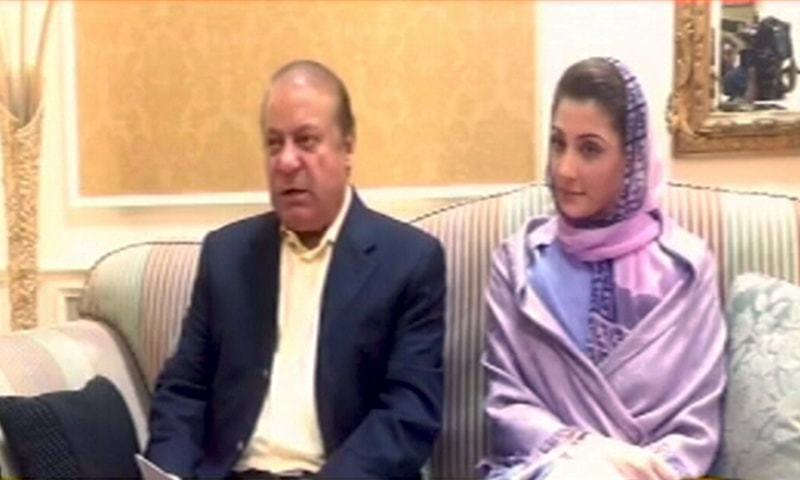 LONDON: The defiant Nawaz Sharif on Friday announced that he along with his daughter Maryam Nawaz will return to Pakistan from London to face prison.

Addressing a press conference here after the judgment, he said that he was punished for trying to turn the course of Pakistan’s 70-years history.

He promised to continue his struggle until Pakistanis was freed of the chains that they are kept in for saying the truth, adding that his struggle for the people of Pakistan would go on against the slavery imposed on them by some generals and judges.

“If punishment for demanding respect for the vote is jail then I am coming to face it”, he said and added that he would not be a slave to those who violate their oath and the Constitution of Pakistan, while referring to generals.

The accountability court announced the verdict in the Avenfield properties corruption reference filed by the National Accountability Bureau (NAB), awarding the former PM 10 years as jail time for owning assets beyond income and 1 year for not cooperating with NAB.

His daughter Maryam Nawaz was given 7 years for abetment, and 1 year for non-cooperation with the bureau — also to run concurrently; she will serve 7 years in total.