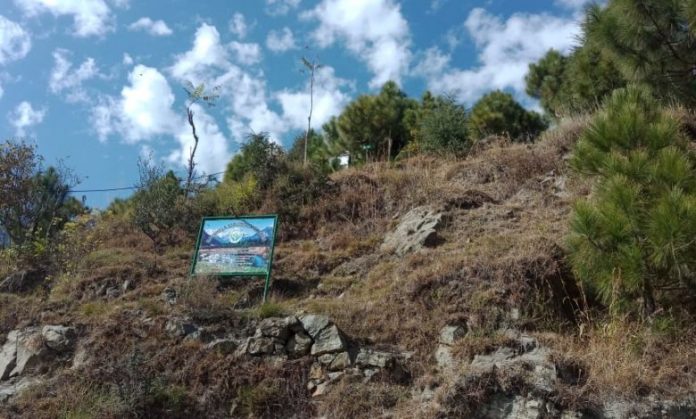 PESHAWAR: Deforestation is a serious problem in Pakistan which is quickly turning green sceneries into barren lands and the process to stop this practice is slow, but a retired professor from Botany Department of the University of Peshawar has proved that improvement in the situation is possible.

Prof Abdur Rasheed told TNN that he launched his plantation and awareness campaign from Bazkhela area of Swat in 2008 by planting first sapling on a mountain which became barren due to cutting. He said during his visit to Swat, some people agreed to provide him land for plantation. He said he initiated his campaign from Bazkhela mountain and planted 18,000 plants there which have now gained the shape of a thick forest.

Prof Abdur Rasheed said forestation reduces the impact of climate change and also stops soil erosion. He said the population living near the mountain no longer fears land sliding or soil erosion as the forest has stopped that process.

“The efforts of our nation for stopping the impact of climate change are not up to mark, therefore, we need to work for Clean and Green Pakistan. A country needs to have trees on 25 percent of its land. In Pakistan, we have less than 2 percent land under forests,” he said.

Forested land in Pakistan is reducing with a rapid pace due to illegal cutting. Now Pakistan is among countries where forests are depleting quickly. According to Pakistan Forest Institute, Pakistan had forests on 3.59 hectors land in 90’s which have reduced to 3.32 hectors now. The National Forest Policy shows that Pakistan has forests on just 5 percent land, while the international standard is 25 percent.

Former lawmaker Syed Jaffar Shah said while talking to TNN that hundreds of houses were washed away in flash flood in Madian this year and more damages are expected in coming times. He said these floods are happening due to climate change.

KP Environment Minister Ishtiaq Urmar said southern districts are receiving 5 percent less rain due to climate change. He said the Billion Tree Tsunami is flagship project of the Khyber Pakhtunkhwa government which will reduce the impact of climate change to a great extent. He said the Billion Tree is a game changer project which has got appreciation from world over.

Sanaullah, who provided land for forestation in Bazkhela, said no one was ready to believe Prof Abdur Rasheed when he initially floated the idea of forestation on the barren land. However, he said, when people saw life coming back to the dry mountain, they also stared similar experiments and got considerable success.

“Now a thick forest has grown on the mountain and the natural habitat of thousands of birds has also returned which we had destroyed earlier,” he said.

Professor Abdur Rasheed said life is impossible without trees. He said several other farmers have now come forward to plant trees on their barren lands in Swat. He said he is planning to start work on more plantation projects with the help of the area people.