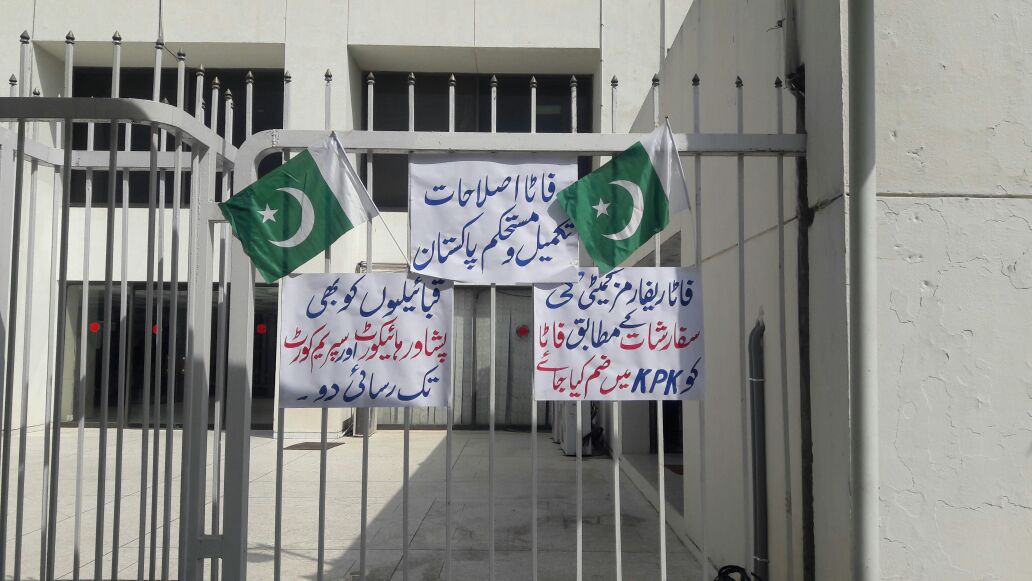 ISLAMABAD, 5 October: Elected Representatives from Fata on Thursday set up a protest camp outside Parliament House to force the government merge the tribal areas into Khyber Pakhtunkhwa.

The participants demanded that the tribal areas should immediately be merged into KP apart from extending jurisdication of Peshawar High Court and Supreme Court of Pakistan and representation in KP assembly in 2018 general elections.

They also demanded three percent share in National Finance Commission Award for the tribal areas. The MNAs have displayed huge banners on walls of the Parliament inscribed with slogans for equal rights and wore black bands.

Opposition leader Khurshid Shah and a number of political leaders visited the camp. Talking to reporters Shah Jee Gul said that government was taking no interest on Fata Reforms inside National Assembly, forcing them to set up camp outside.

He threatened if their demands were not met they would stage a sit-in and take out rally towards the Parliament on October 9.