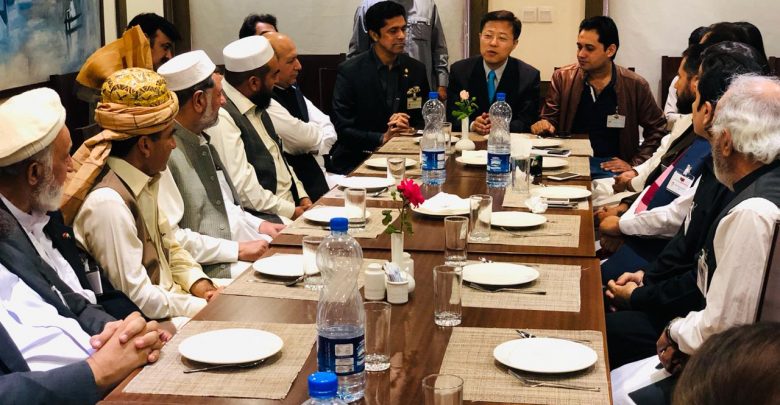 ISLAMABAD: A delegation of tribal elders and notables arrived in Beijing on Monday where they are expected to hold meetings with Chines political leadership and discuss projects for tribal areas under CPEC.

The delegation is mainly representing tribes in Khyber Agency. Some of the tribal leaders who are part of the delegation include include Malik Darya Khan, Malik Waris Khan and Ikramullah Jan Afridi among others.

The delegation is visiting China on the invitation of Chinese government and during their one week stay in China, the elders will share their experiences regarding law and order situation in tribal areas.

They will also discuss projects for tribal districts under China Pakistan Economic Corridor.The elders participated in orientation session arranged by Chinese embassy in Islamabad before their departure for China.

China is taking great interest in tribal areas due to its strategic importance particularly after Chinese government launched mega projects under CPEC in Pakistan. The Chinese government is also taking part in rehabilitation of tribal areas and currently it is funding the reconstruction of around a dozen of damaged schools in Khyber tribal district.