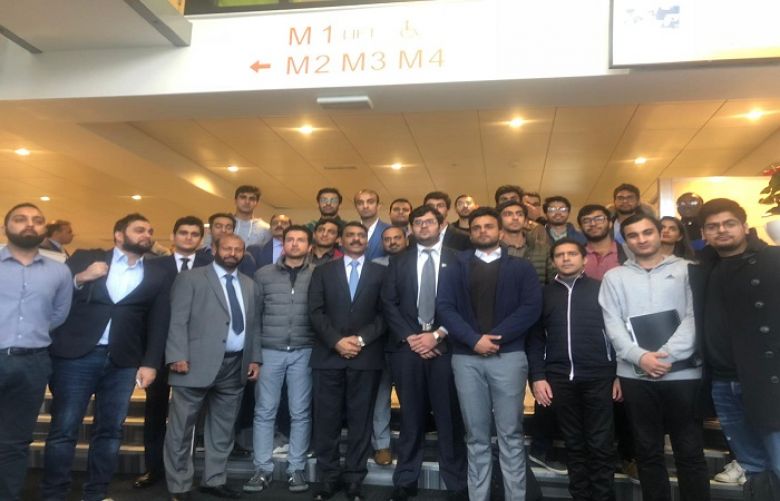 PESHAWAR: Director General Inter-Services Public Relations (ISPR) Major General Asif Ghafoor has said the demands of the Pakhtun Tahaffuz Movement (PTM) are genuine as there are genuine issues in the tribal districts.

The DG ISPR delivered a comprehensive talk about Pakistan and its contributions to regional peace at the Warwick University in UK on Tuesday to a mix of students including Pakistanis.

The military spokesman said the Pakistani government is doing lots of work in the tribal districts and Khyber Pakhtunkhwa to carry out development work with help of the local people. He said the government was fully aware of the issues faced by the local people while devoting itself to development work. He said that demands of the PTM are genuine but the methodology was not right. He made it clear that no one will be allowed to challenge the writ of the government.

The military spokesman said Pakistan is positively relevant to the world and the future global economy passes through this part of the region. He said the Pakistani intelligence apparatus provided key information to the international forces against al-Qaeda which helped defeat the terror group.

He said Pakistan has achieved relative stability in the country, however, there cannot be enduring peace in Pakistan and the region if there is no peace in Afghanistan. He said that war is never without a cost and this is paid both by the security forces as well as the local population. He said that Noble Peace Prize winner Malala Yousafzai was attacked in Swat by terrorists who were against the education of girls and youth and the same elements threatened to take over Pakistani society. He said the Pakistani youth is competent, vibrant and has huge potential.