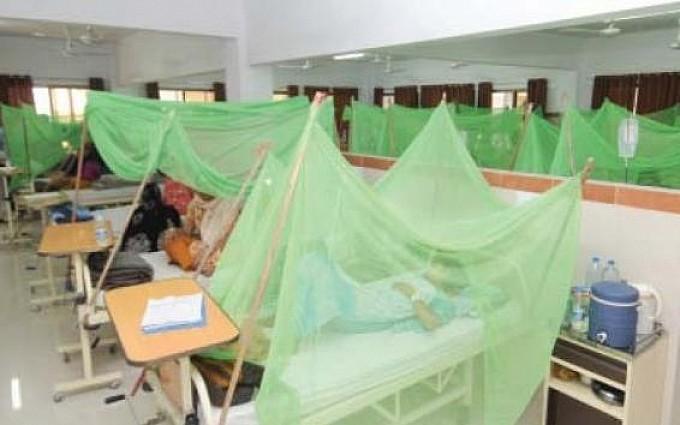 PESHAWAR: As the Khyber Pakhtunkhwa government, particularly the healthcare authorities, took some sigh of relief due to reduction in coronavirus cases; they are now confronting a new challenge, i.e. the surfacing of dengue cases, particularly in the provincial capital and adjoining areas.

Sources said 110 persons in Peshawar were diagnosed with dengue virus during the last 24 hours. Khyber Teaching Hospital, the second largest hospital in KP after Lady Reading Hospital, said in a statement that 21 dengue patients are admitted to the hospital. These patients include nine women, 10 men and two people aged below 18. These patients belong to Tehkal, Academy Town, Sufaid Dheri, Danish Abad, Sarband, Landikotal and adjacent areas.

During the last 24 hours, the hospital conducted 1113 dengue tests, of which 130 were received as positive while 983 as negative.

The administration further said that from 1st to 19th September, 16,023 medical tests for dengue virus were conducted of which 2,110 were positive, while 13,913 were negative.

The hospital administration said all the dengue virus infected patients were being provided with best possible treatment facilities at the hospital.

The reports from Hayatabad Medical Complex also show the same story, as sources said the number of dengue patients being brought to the hospital has increased during the last two days. Currently, 11 dengue patients are admitted to HMC.

During this year, as many as 442 dengue cases have been reported in KP.

Chief Minister Mahmood Khan has taken notice of the rising dengue cases in some districts of KP, and directed the officials concerned to chalk out a strategy to contain the outbreak of the disease. He also directed the Health Department to prepare and submit PC-I for the reconstruction of Children Hospital Peshawar.

Commissioner Peshawar Division Riaz Khan Mehsud also took notice, and directed the deputy commissioners of all districts including Peshawar, Nowshera, Charsadda, and Mohmand and Khyber tribal districts for furnishing daily reports regarding details of measures taken for prevention of dengue.

The commissioner has also directed for submission of details regarding measures taken in the affected localities and besides conducting spray also beginning of the public awareness campaign in such localities.