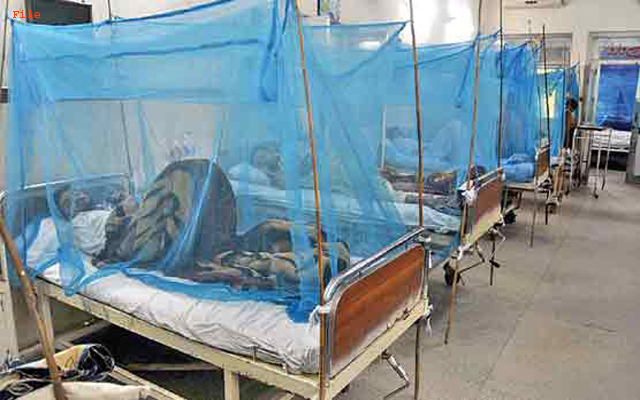 PESHAWAR, 23 October: Two more people have lost the battle of life against dengue bringing the death toll from the outbreak in the province to 61, officials said here on Monday.

According to the dengue response unit of the Health Department, the latest victims include a lady and an elderly citizen from the outskirts of Peshawar.

Officials said that Jasmina, 30, a resident of Achini, was admitted to the Hayatabad Medical Complex a few days ago after she was infected by the deadly virus. She breathed her last in the hospital on Monday, the DRU statement read.

Meanwhile, Liaqat Ali, 50, resident of Sufaid Dheri was brought to the Khyber Teaching Hospital on Sunday but he could not win the battle against Dengue.