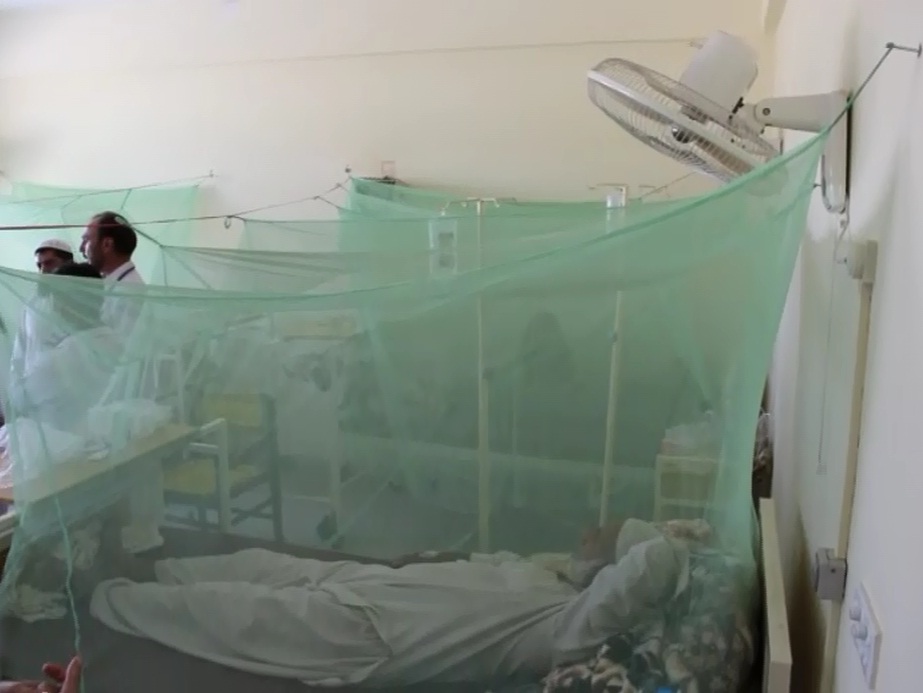 PESHAWAR, 31 October: Another dengue patient died in Peshawar on Monday after which death toll from the disease soared to 65 in Khyber Pakhtunkhwa.

According to Dengue Response Unit, Waqas, a resident of Achini Bala, was admitted to Hayatabad Medical Complex few days ago, where he died on Monday. It said 112 dengue patients are currently under treatment in different hospitals of KP, while 102 penitents were discharged from hospitals on Monday after recovering from the disease.

Health officials say over 10,000 dengue cases have been reported in KP this year.