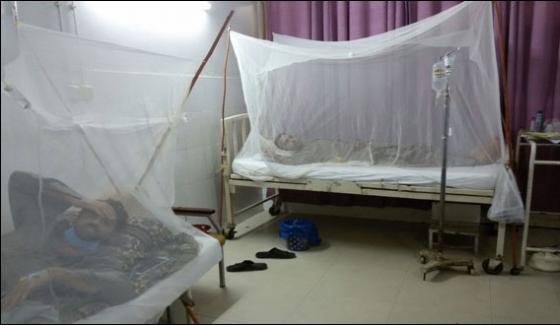 PESHAWAR, 19 October: Another dengue patient died in Peshawar on Wednesday after which the death toll from the disease in Khyber Pakhtunkhwa has mounted to 56.

According to Dengue Response Unit, 22-year-old Tayyeb from Nothia was under treatment in Khyber Teaching Hospital where he died on Wednesday night. It said dengue tests were conducted on 1,884 patients during the last 24 hours out of which dengue virus was confirmed in 460 patients.

A special anti-dengue campaign was also launched in Peshawar on Wednesday during which fumigation will be carried out inside and outside houses in the affected union councils.