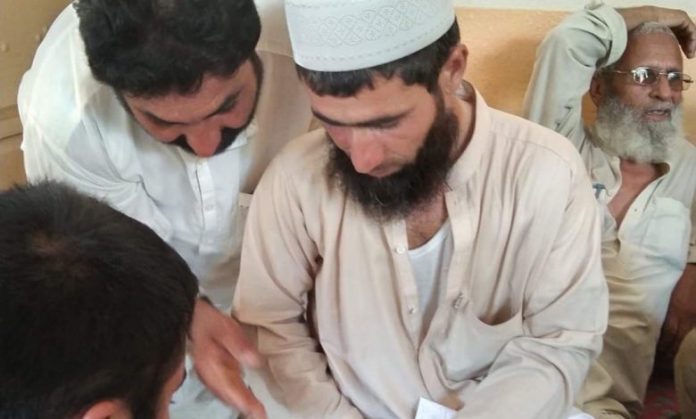 LANDIKOTAL: Dengue has reared its ugly head in Landikotal again as 18 persons have been diagnosed with the disease.

Several other people have also shown symptoms of the dangerous disease and their tests have been taken, and it is expected that the number of dengue patients will further increase. Several persons from Merikhel and Mattakhel villages complained about the symptoms of the disease, particularly high fever. On the directions of the district health officer (DHO) a team of the health department has been sent to affected areas of Landikotal. The health department team has taken samples from many patients and their results are awaited.

According to initial information, as many as 18 people from the two villages have been diagnosed with dengue fever and the number is expected to increase further. The health department team is continuing diagnosis of patients. The situation has caused unrest in the area and people are concerned about their health. They have called upon the health department to apply fumigation in the affected area and also provide mosquito nets to people to save them from the dangerous disease. They said timely action is needed before it is too late as the disease is spreading too fast.

Dengue was almost forgotten when coronavirus was on its peak in Pakistan and rest of the world. However, with effective steps by the government now coronavirus has been overcome to a great extent. However, the threat of both coronavirus and dengue virus still exists in case people do not observe precautionary measures.

Dengue, like the coronavirus, is a viral disease, but the infection is spread by a vector, a mosquito, which transmits the virus through its bite. Dengue is a tropical disease, and has grown in Pakistan beyond its East African habitat because of global warming.

The disease’s first outbreak in Pakistan was in 2011 when it killed around 300 people. Dengue fever outbreak happens every year as the mosquito carrying the disease has not been eradicated. The main standard operating procedures (SOPs) against dengue include removing of stagnant water and other things which can serve as breeding places for the mosquito, and anti-mosquito fumigation to eliminate the mosquito.